The famous screenwriter and Indian director Sujoy Ghosh has recently confirmed the new hottest pair for his next directional venture as Saif Ali Khan and the Bachchan Bahu Aishwarya Rai.

Recently Sujoy Ghosh film Ahalya marked the amazing response from the audience on the box office; also its earlier films like Bang Bang, Kahaani 2 and other cines has surprised the crowd very much. Surely! It is good news for the star fans who wanted to see them on a single screen; both the stars will share the screen space together for the first time. Rumors a buzzed that film script will be the murder mystery.

The thriller film is basically based on japanese novel name 'The Devotion of Suspect X' written by Keigo Higashino.

Nawazzuddin will Work with Aishwarya and Saif for the First Time

Director has not interacted with these two renowned B’wood icons earlier in any of his films and interestingly the famous Badlapur Guy Nawazuddin Siddiqui will also act with Saif and Aishwarya Rai in the film. Nawazuddin has worked earlier in Kahaani and its sequels with the director; just because of his awesome performance in the films he had again picked Nawaz for his upcoming film. 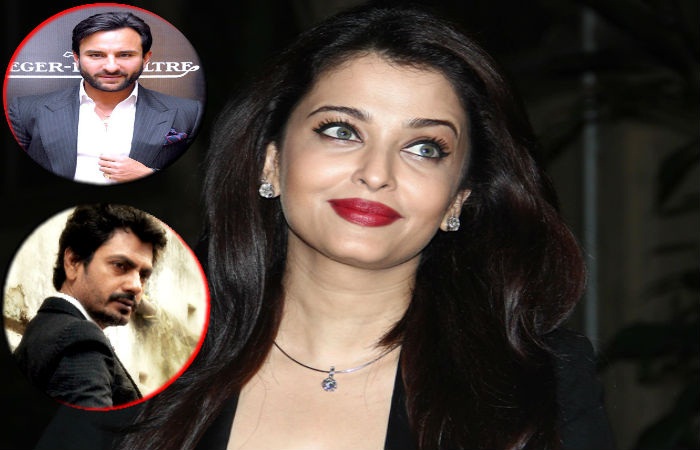 Aishwarya is coming back on silver screen after a long time, as presently she is busy in shooting for her next cine Jazbaa with the director Sanjay Gupta and Nawazuddin Siddiqui will be seen in Raees. Let us now wait for the next news to be confirmed by the director till then just wonder how the new pair will look on the screen.

Sujoy Ghosh said, “My next film will star Aishwarya, Saif and Nawazuddin Siddiqui. I’ve worked with Nawaz in Kahaani and boy, has he come a long way! I have never worked with Aishwarya and Saif before, so looking forward to it.”