On the day after, Indian legendary Cricketer Sachin Tendulkar’s birthday, a new buzz about his daughter Sara Tendulkar is came out. According to sources, Sara is going to make her first Bollywood debut opposite to upcoming movie ‘Udta Punbjab’ actor Shahid Kapoor.

Sara is only 17 year old girl; currently she is completing her studies at Dhirubhai Ambani International School in Mumbai.

No doubt Sachin Tendulkar's Daughter little angel looks extremely beautiful and has glamorous and graceful face. So Sara easily can gain appreciation and attraction, if she enters in Bollywood industry. On the other side Sara holds a tough competition towards other Bollywood star kid Sridevi's daughter Jhanvi Kapoor. Sara Tendulkar always remains in news and spotted several time with her father Sachin Tendulkar. 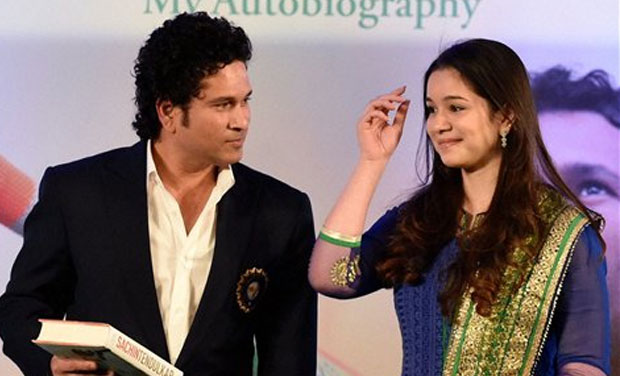 Apart from this Sara's co-star Shahid Kapoor is busy in the shooting of his upcoming movie ‘Udta Panjab’ opposite to actress Kareena Kapoor. A recent buzz is that, Shahid is all set to tie the knot soon in June-July with his girlfriend Mira Rajput.

A big rumour about Sara is that, she is currently dating with a TV actor Himansh Kohli.

Sushant Singh Rajput to Do Sajid Nadiadwala’s Next Movie