Supposed as the most controversial flick of 2015, Sabki Bajegi Band movie has released its trailer finally. Though the movie doesn’t have any Big name from the industry however its claims to be India’s first Reality Film and is taken from a real dirty incident.

The film has been written and directed by controversial RJ Anirudh Chawla from Big FM, who recorded the right up front talks between some know face of Bollywood. Sabki Bajegi Band trailer, as it says, without any mercy talks about all the inside Bollywood controversies, rivalries, fairs and sexual intimacies and many more. 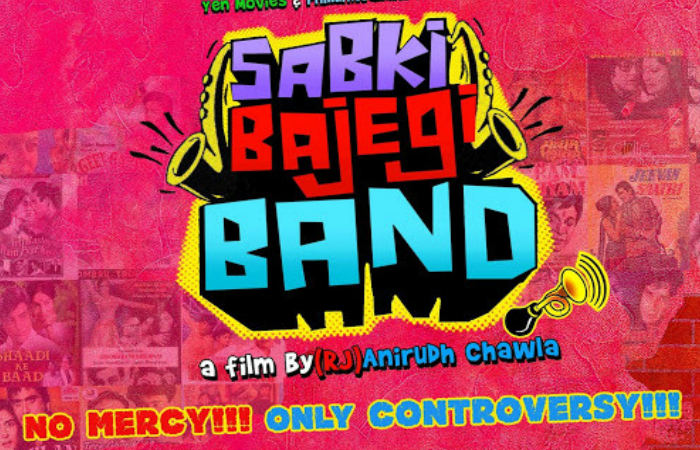 The Sabki Bajegi Band movie is a Percept Pictures presentation and is produced by Yusuf Shaikh. The real incident comes from a farm house party hosted by the RJ who invited his celebrity friends there and recorded a lot of unexpected occurrences and talks.

You may also like: Kuch Kuch Locha Hai Trailer: Ram Being Naughty with Sunny Leone!

The movie would hit the theaters on May 1, 2015, till then checkout the trailer that have a lot of controversial events which would make you stunned!

Get more updates about upcoming movies trailer from Bollywood news.

Bollywood Song 'Teri Meri Kahaani' Lyrics from Gabbar Is Back