In the house, Sharman said to RV (Shakti Arora) that they care about their sister. He told Falguni that, they are going to the police station. Then Baa said Sharman that it is his engagement, but Sharman replied engagement will take place later and they don’t want Ishani will have to stay in the police custody for a long time.

On the other side of Meri Aashiqui Tum Se Hi, Disha (Manas’wife ) asks Chirag that, where is her share in diamond, but he didn’t gave  a share to her and replied that, he threw them mistakenly with some garbage.

You may also like: OMG! Meri Aashiqui Tum Se Hi, Ishani Went to the Police Station

Disha said to him that she knows his intentions are really bad. To which he replied that, when times are bad, intentions have to be bad. Disha regretted and worried about Ishani, she then thoughts that Ishani is in jail and RV is not doing anything for her. 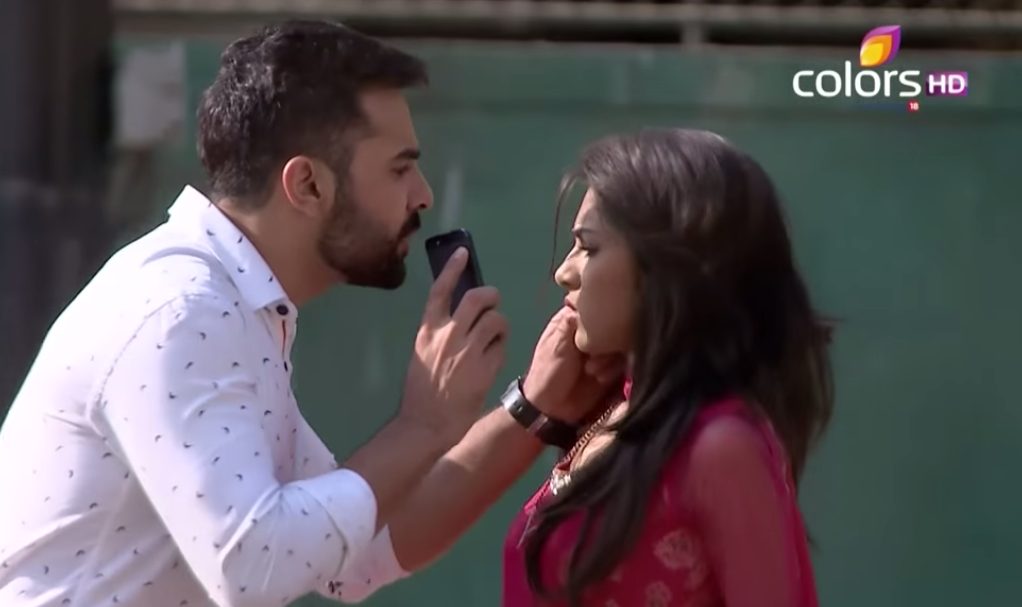 Apart from this in the RV office, Chirag asked to RV why he called him here. RV replied that he wants his diamonds back. Then chirag said that, his (RV) diamonds are 5 cores while his (chirag) house is 10 cores, he may return his diamonds and take his home back. RV played one game with him and said that, he gave ten minutes to him and within ten minutes give his diamond so he will return his house back.

Then Chirag gave diamond to RV and said give his house papers. RV took the house paper to Manas and dropped them on the floor and said that, oops that was a mistake. Chirag tried to take the paper, but RV threw wine on them and burned them.

In the Police station, Ranveer Came and said that, Mrs. Ishani Vaghela won’t go to jail as he has bought the company that file a case against her. Then he showed them the papers, and said that being the owner he has found his lost diamonds and takes his case back. Finally he saved Ishani.

Omg! Mila Kunis doesn’t Know How to Deal with her Post Baby Boobs