Written update of 13th February 2015 episode of 'Yeh Hai Mohabbatein serial': The episode starts with Romi confronting Shagun for making him steal and break the trust of his family. To which Shagun (Anita Hassanandani Reddy) says, what I did, you traped Appa not me. Romi says I know my mistakes but this time it is because of you and now you will get the 5 lakh back. Shagun asks that what will he do, tell everyone that he is impotent. To hear this Romi gets confused and leaves from there.

Yeh Hai Mohabbatein cast Romi enters the house and sees Raman. Raman asks him about the locker keys and tells him to go to the office and get the 5 lakh for him. Romi gets tensed but Raman continuously ask him about the keys. After some time Raman starts, beating Romi and everyone tries to stop him. To which Raman lets everybody know that Romi has stolen the 5 lakh rupees.

Everyone asks Romi why he needed the money. Raman says he is a liar and he will give him to the police. However, Appa says leave Romi because it’s about his future. Mr. Bhalla suddenly says now he will punish Romi and thus he ends his relation with everybody. Shagun watches all this drama and similes.

You may also like: Yeh Hai Mohabbatein: Raman Decides to Clear Appa’s Name 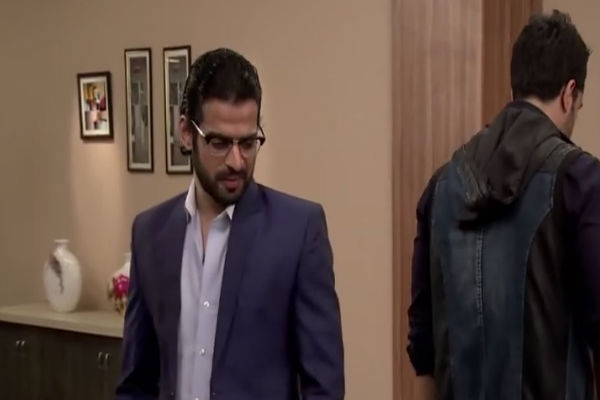 Ishita Gets to Know about Shagun’s Plan

Apart from all this, in the Yeh Hai Mohabbatein episode, Mrs. Bhalla cries and blames herself for spoiling Romi’s life. Ishita asks her not to blame herself as it’s not her fault. Suddenly Ruhi and Shravan come and go to Romi’s room. To see Romi crying Ruhi asks him is he not well? Ruhi aid Romi’s wounds and he cries. To see this, Ishita (Divyanka Tripathi) thinks what the actual problem is, why did he didn’t asked me? Then she recalls Romi staring at Shagun and says it means Shagun did all this. Suddenly Simmi comes and says that today Adi is coming back from camp.

Ishita takes Adi home and he asks for her mother. Raman says she stays at Iyer house and if he wants to go then he has no problem. He then explains Adi about his separation with Shagun and says he is now married to Ishita. He says to Adi that we are doing this for you, we can’t be selfish for you. Raman cries and tells Ishita that he wants Adi to identify her love and she hugs him.