Earlier the rumors were spreading that the most like TV serial of Star plus Yeh Rishta Kya Kehlata Hai will be taking a 9 year leap by March end. The most loved characters Naitik (Karan Mehra) and Akshara (Hina Khan) will be seen dealing with their 20 year old son Naksh, after the leap.

According to reports, the actor Rohan Mehra is finalized to play the naughty character of Naksh after the 9 year leap. Recently the naught character of Yeh Rishta Kya Kehlata Hai Serial Naksh is being played by child actor Shivansh Kotia. 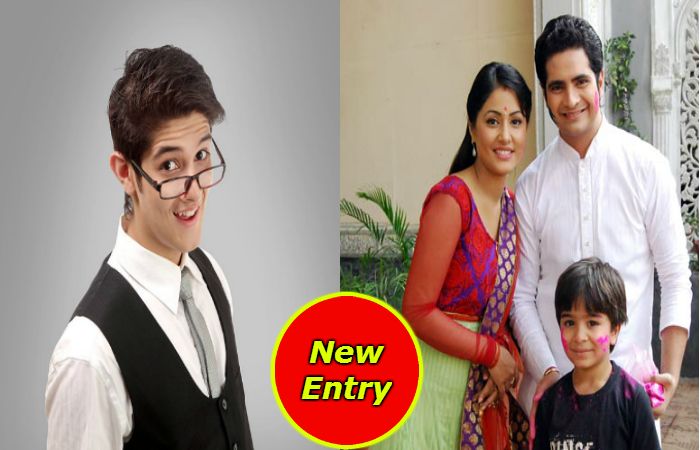 The actor Rohan Mehra was previously played the role of ‘Varun’ in Ram Kapoor and Sakshi Tanwar's Sony TV famous serial 'Bade Achhe Lagte Hain'. Apart from this, there is other big news for the viewers of Yeh Rishta Kya Kehlata Hai serial that the post leap shooting will be taking place in Cape Town, South Africa.

You may also like: 10-Years Leap Gets Postponed in Yeh Rishta Kya Kehlata Hai

The latest episode of the Yeh Rishta Kya Kehlata Hai showcased the preparations of Alok played by Amit Dolawat and Muskan's marriage is going on. The entire Singhania family went to the village for Muskan played by Zarina Roshan Khan and Alok’s wedding.

But Naitik and Akshara stay back at home to solve the Naksh’s problem. Naksh has a problem with his parents but he finds it difficult to express with Naitik and Akshara. But at last Akshara get to know the real problem of Naksh.

According to current track the Singhania family will soon be seen shifting to Cape Town and after the leap of 9 years the entire family will be shown returning to India. For Yeh Rishta Kya Kehlata Hai latest news, just stick to this article.

All You Need to Know About Zee TV’s New Show ‘Devi’.