Farhan Akhtar’s flick Rock ON surely ranks at the top in the list of the favorite Bollywood films.

Right from when Farhan Akhtar has announced about its sequel, the film lovers are eagerly waiting for the movie posters and teaser to be out soon. Just a few days back the first poster of Rock ON 2 was unveiled and the comments by the fans for the posters have really excited the audience much. 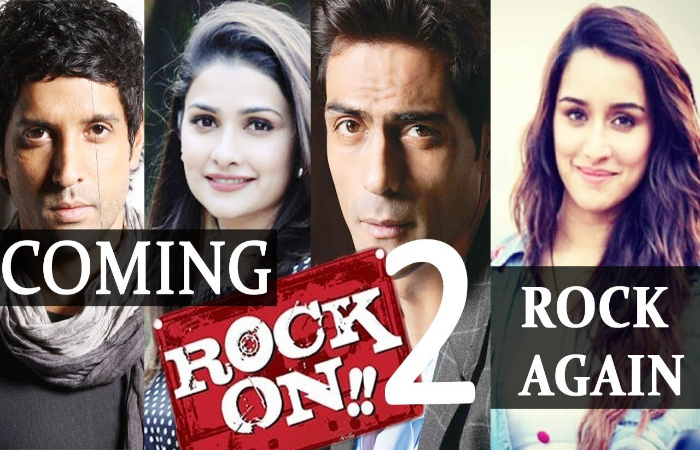 MAGIK Band Is Back With FIRE!!

The sequel of Rock on, Rock ON 2 teaser adds the same star cast in the list. Farhan Akhtar, Purab Kohli, the man having long hairs Arjun Rampal, but this time the gorgeous actress Shraddha Kapoor is also a part of Rock On 2 and along with her Shashank Arora is another actor as the new member of the band. Teaser of Rock On 2 is really intriguing.

The movie is all set to go on the floors on November 11, 2016. Farhan Akhtar is a versatile personality who can sing and act together. Shraddha Kapoor is also following his steps, but let us see whether she met the viewer's acceptance or not.