Rihanna's new front page follows her late i-D magazine cover and reports of a conceivable joint visit with Kanye West. Recently, she additionally discharged the full feature for her Kanye and Paul McCartney-supported track, "FourFiveSeconds." She'll likewise be performing at the current year's Grammys, which would happen this Sunday.

Harper's Bazaar has imparted more pictures and an alternate cover of Rihanna swimming with fish and sharks from the vocalist's spread shoot. Things additionally got philosophical after the distribution asked her what it’s similar to "swim with the sharks of life?"

You may also like: Jennifer Lawrence Poses Nude for Vanity Fair Magazine

“I try my best to avoid the sharks of life, but I have had my share of experiences with them, and in those cases I just have to handle them accordingly. But I do not swim with sharks … sharks swim with sharks.” 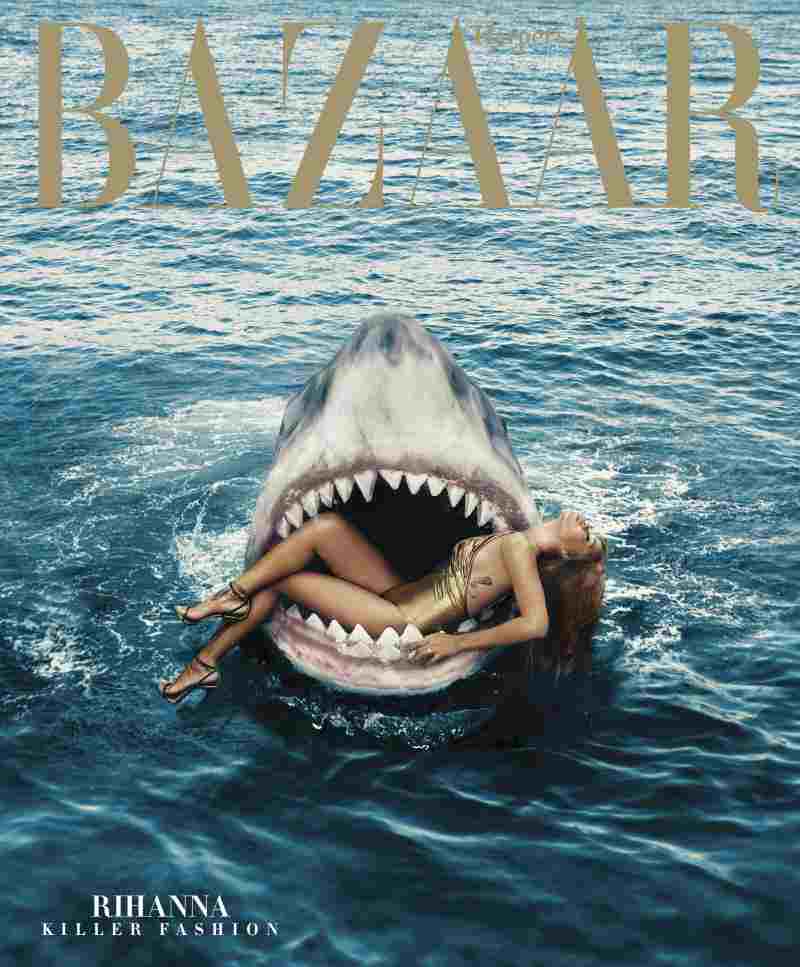 Get more updates about Rihanna from Hollywood News