The new serial of Sony TV Reporters Serial Written Episode no 8th of 23rd April 2015 starts with Ananya suddenly reaches to the board room and talks to Kabir (Rajeev Khandelwal). She then argues with Kabir and says she needs her job back because she deserves that job. But he refuses to give job back because he gives her position to Trisha.

After so many arguments Kabir says to Ananya that you have 24 hour to prove that you deserves this job.  Without thinking too much Ananya accepts his challenge and leaves from board room. Ronnie then asks her what Kabir said to her to which she tells him about Kabir’s Challenge. Then Ananya goes to home and says to her mom that she challenged her boss to get her job back.

Ananya Plans a Sting Operation Against Selectors in Reporters Serial

Suddenly Ananya gets a call from her brother who immediately wants to meet her. Ananya’s brother tells her that his friend got selected in a cricket team but now selectors were asking about bribe that’s why they need her help. To hear this Ananya (Kritika Kamra) calls Ronnie and says keep ready with his equipments she will do a sting operation now. 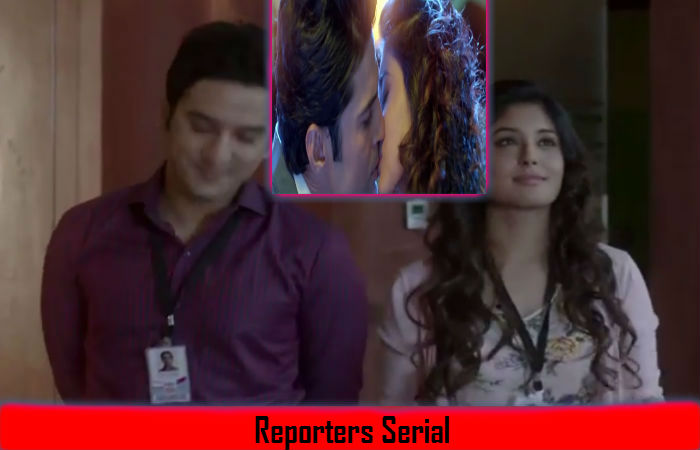 After some time Reporters Serial Ananya tells Trisha and Ronnie that cricket team selectors is coming for an interview she will catch him right there at the time of announcement. Ronnie says to her that it is very risk work but at last Ananya convince him. On the other side Malvika comes back and gets surprised to see Manav in her cabin.

Manav asks her to give more chance to prove that he is also working hard to get their channel KKN to 1st position. After some time in Reporters Serial Malvika says to Manav to cover Chibber’s case because it is very sensational. On the other side Ronnie and Ananya fixe a microphone inside Varun’s shirt and asks Tirsha to be with him. Then they fix some cameras in the trial room. But unfortunately the cameras were not fixed properly to fix cameras Ananya again goes to the room and sees Malvika and Khalid coming towards broadcast room and hides.

Karishma and Upen Tops the First Episode of Nach Baliye 7