Sony Entertainment Television launched its new Reporters serial yesterday on 13 April, 2015. Episode-1 commenced with Television and film industry’s hot hunk Rajeev Khandelwal aka Kabeer, who was seen addressing journalism students and getting them acquainted with the pros and cons of the challenging field.

Reporters serial written episode: Kritika Kamra aka Ananya was seen in the hospital where miss reporter reached with a cameraman. There she started searching for a lady named Pramila Radhesham who is pregnant. In order to get the lady treated, she climbed up on the table and started yelling that if the doctors wouldn’t do their duty than she would report the incident on TV. 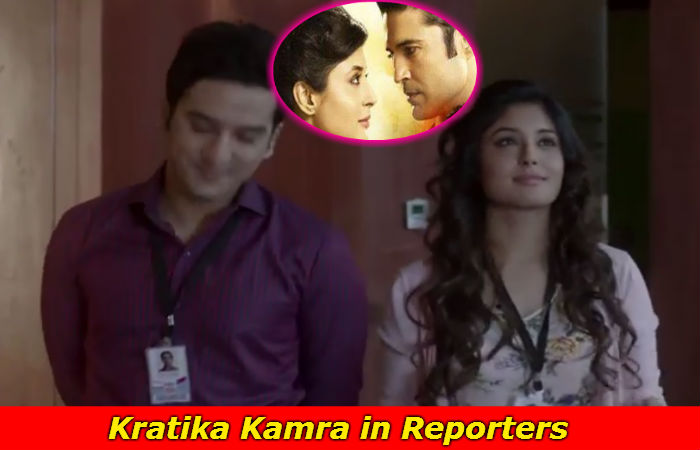 on the other hand in Reporters serial, Manav turns on the news channel, saying that a pregnant woman named Pramila was on the way to hospitals in labor pains however she got averted by president Obama’a security team. Ananya was seen reporting on the news channel over the matter, meanwhile Khalid, who is the owner of the new channel watches the news and asked that if the infant is alive. Getting a nod, he became irked and said, then why is the news being aired on his channel.

You may also like: Kaisi Yeh Yaariyan: Dhruv Blames Nandini for Smashing his Amity

Here Kabeer takes the pic of a handicap sweeper and talks to him. Meanwhile, Khalid calls Kabeer and he comes to meets him. Kabeer asks Khalid that if he wants to hire him, he says he wants news. The former shows him the pics of that sweeper and tells him that he is working for him since 25 years however, he hasn’t got any increment or bonus yet. Kabeer asks Khalid that if he wants a laborer to which he replies that he wants him and offers him the job of Chief Editor at his channel.

In Reporters serial Ananya’s boyfriend Ronnie tells her that if she doesn’t leave the news channel then she should leave him. Meanwhile, she gets call about a news club and she gets to a farmhouse with her cameraman. The two enters the place amid the tight security and watches an old minister as the groom over there. Ananya records the marriage, surprisingly Kabeer was also there and taking pics. The guards came to about the same they rushes to catch Kabeer however lands up catching Ananya and cameraman Sunny.

Get more updates about Reporters from Indian TV Serials.