After Ik Vaari Aa, herea��s another party track a�?Mera Tera Boyfrienda�� of Raabta is out today. This recreated number of famous J Stara��s features super hot Kriti Sanon and Sushant Singh Rajput as they groove like no onea��s watching. This latest foot tapping number is surely to become favorite of DJa��s this year. 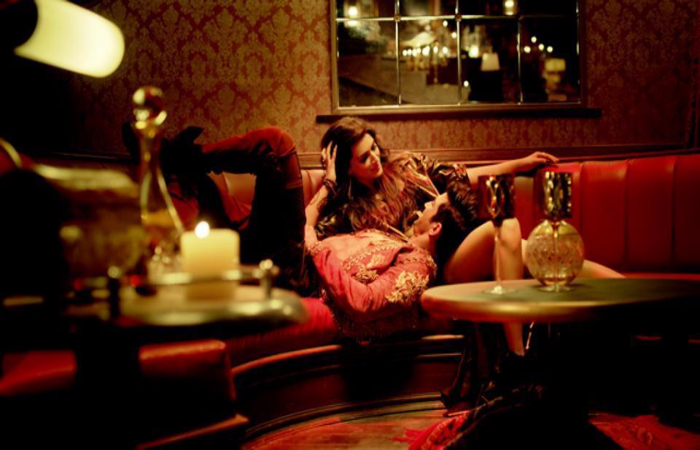 The a�?Na Na Na Naa�� is blended with new lyrics and voices and this is seriously a not-to-miss song. In addition, Arijit Singha��s voice with Neha Kakkar in this tapping number is adding a more to the song.

The entire song features shirtless Sushant Singh Rajput showing his trained moves and abs. While Kriti looking gorgeous in herself. The duo released the son through facebook live on Raabtaa��s page. The video of the song is quite trippy and will force you to dance on the floor. Kriti Sanon Clears the Rumors of Dirty Kissing With Sushant Singh Rajput Deepikaa��s amazing moves in title track, have only made the album something to put on loop, but this new track a�?Me Tera Boyfrienda�� has completed the missing factor in the juke box.

The film has been directed by Dinesh Vijan and will hit the theatres on 9th June 2017.

What! Disha Patani & Tiger Shroff On The Verge Of Breaking Up