Chris Martin and his Gang are back….with their power pack performance that will again groove you all and take you to the world of rock music- Coldplay!

Guys we know, it’s confirmed and is old news that Coldplay is coming to India and perform in Mumbai in November 19, 2016.

But the toplining in the news list is that – ‘Bajirao Of Bollywood Ranveer Singh is going to share the stage with Coldplay Gang.

Ranveer Singh, the hottie of Bollywood seems to have all-time career high. 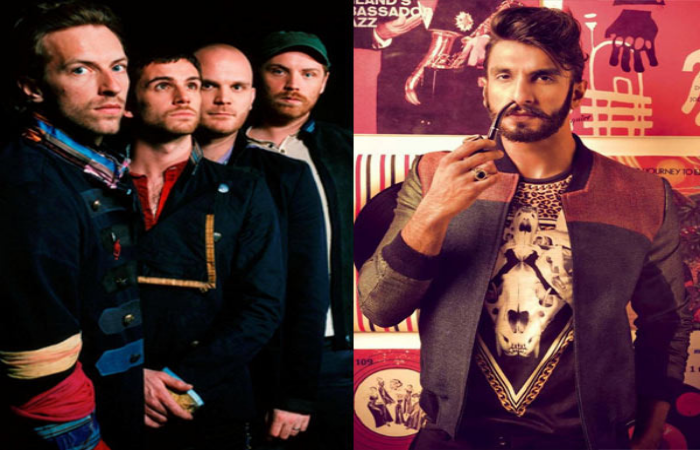 The Global Citizen Festival 2016 , to be held for the first time in India with the great names Jay Z, Amitabh Bachchan, Aamir Khan, AR Rahman and gorgeous Deepika Padukone.

Global Citizen concert is a 15-year launch that will be introduced first time in our country – that will mobilize a social change in India. The event is organized and has a large line –up for other international and Indian headline.

The Bajirao Mastani star Ranveer Singh will perform to a medley of his hits.

“With this performance, Ranveer follows up on his recent stage performance alongside Major Lazer. He was one of the most obvious choices to open for Coldplay,”

It will be a six-hour concert which will have complete musical performances that will groove you and take you to the amazing world Of Rock Music.

We should thank our Prime Minister Narendra Modi for this great event – Great Global Citizen Festival.

It was for the first time when Global Citizen 2016 will focus on creating meaningful impact areas like cleanliness, Equality and Sanitation areas

Look, in 2016 the Band in coming to India to work live on the initiative areas he discussed with PM Narendra Modi.

British rock band Coldplay! It is for the first time the band will perform with their concert Grand Citizen Festival 2016 in India. In order to promote ending poverty across the globe.

“On Monday we’re so excited to be announcing that on World Toilet Day - November 19th - we’re hosting the first-ever Global Citizen Festival in India, with an incredible lineup of international and Indian headliners, including Coldplay!”,

Poonam Mahajan tweeted “delighted to be associated with this initiative.”

Tickets for the festival will be free of cost, Global Citizen said, adding that fans can earn it through “taking actions in support of education, equality, and sanitation campaigns.”

“Starting Monday, tickets for the Global Citizen Festival in India can be earned through the new platform by signing up to become a Global Citizen and completing the festival’s action campaigns at GlobalCitizen.IN,”

Coldplay’s from their latest album A Head Full Of Dreams – was shot in India and captured many cities in India features fashionista Sonam Kapoor in Hymn for the Weekend song.

Honest Confession By Priyanka Chopra on Showing Off Bra