The official ‘Gunday’ of Bollywood are all geared up to show their Gundagiri in IFFA 2015. Yes, you guessed it right! We are talking about Ranveer Singh and Arjun Kapoor. The bromance and friendship of the two isn’t a new vista in Bollywood. During the time of their movie Gunday we all witnessed their rapport. Now we would get to see the same in upcoming IIFa awards.

Scheduled from June 5- June 7, International Indian Film Academy has roped in Arjun Kapoor and Ranveer Singh for hosting the awards. Post this when the duo tried to show their witty chemistry in AIB knockout, then they got caught however this time we are sure they would rock the IIFA 2015!

Get Set for the Fun with Ranveer Singh and Arjun Kapoor! 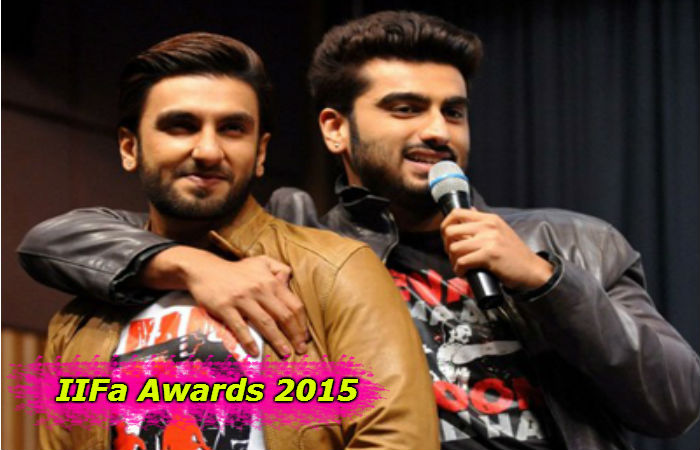 Meanwhile this time the awards would be hosted in Kuala Lumpur. Nonetheless, we are surely looking forward to see the two in IIFa awards.

Get more updates about Ranveer Kapoor and Arjun Kapoor from Bollywood News.

Sunny Deol to Return with Om Puri for Ghayal Once Again