Written update of 21 January 2015 episode of Meri Aashiqui Tum Se Hi: A new twist came in the serial, where Ritika, Sharaman, Ranveer and Ishani were seen going to a hotel for a double date. Where RV didn’t liked the presence of Ishani, on the contrary Ritika tried to resolve everything between Ishani and RV.

On the table, Ritika made Sharman ate with her hands; Ishani tried to take the spoon while RV (Shakti Arora) took a bite himself and threw the fork on the table. Then suddenly Ritika stood up and said that, she and Sharman are going to another table, as the double date is finish.

Would Ritika be Successful to Bring Rv and Ishani Together

After Ritika and Sharman left the table, RV also stood up to leave from there but Ishani stopped him and said that, double date has been cancelled. Then he asked her to give him one reason to stop him there. Ishani replied, she is the reason to stop here. He said that, she could only be a reason for his death, not his life. After hearing that, Ishani said that she is leaving from there and he must enjoy.

You may also like: Meri Aashiqui Tum Se Hi: Ishani is Trying to Seduce Ranveer 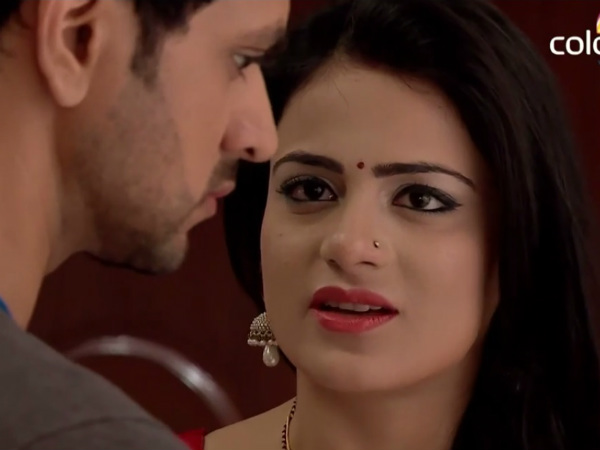 Outside the hotel, Ritika stopped Ishani and said that, she must go back, and enjoy without him. Every man in the world wants his wife to be happy only with him.

On the other side of Meri Aashiqui Tum Se Hi, RV became shocked to see, Ishnai dancing with many boys. Then he gave some powder to waiter .The waiter mixed that powder in drinks and gave the drinks to those boys, who were dancing with Ishani. After drinking that drink all boys left the dance floor and went, RV saw that and smiled.

Here RV left the hotel, sat in the car, and started driving. But on the way to home, a policeman stopped him and said that, he wants to check his car. He opened the dikki and saw Ishani there then he asked RV, who she is. RV accepted that, she is Ishani and his wife. She smiled hearing that. The police men went, while RV opened the door for Ishaani. He said that, if she thinks she has won then she is wrong. She replied, she has won, though a little!