Vishal Bhardwaj’s upcoming directorial Rangoon is making news for one or the other reason. Rangoon is the love triangle between Shahid, Kangana Ranaut and Saif Ali Khan which is set against the backdrop of WW II.

The things are getting refreshed after a hot lip lock between the actors but at the same time, the film is hinting us about the depressing ending. 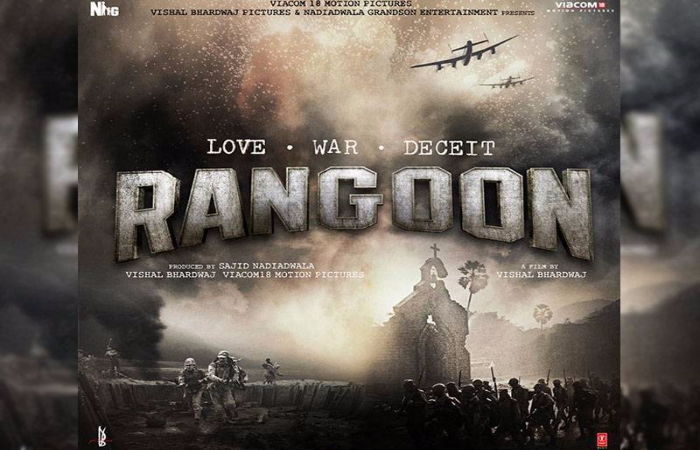 The new song Alvida of the film is released today which tells the story of the secret love between Shahid Kapoor and Kangana Ranaut which later on known by fiancé Saif Ali Khan and therefore he becomes more aggressive towards them. Rangoon proves that the film is more than just a love story.

Alvida is Definitely not a Love treat on Valentine’s Day!

Alvida song tells you that love without any regret and live without any force. The romantic voice of Arijit Singh is giving a new deep to the song and the lyrics penned by Vishal Bhardwaj and Gulzar leaves the word speechless. Alvida is the 5th song of the album and overall it is turning the story a little bit sour.

The trailer of the film has received huge views on youtube and nevertheless, the sizzling chemistry between the stars is exciting the audience much. The film will showcase 2 wars WWII and India’s freedom movement.

Gauhar Khan in Trouble! Because of Ex – BF Kushal Tandon?