Bollywood’s most eligible bachelor and heartthrob Ranbir Kapoor, is yet another time caught smoking! The ‘Barfi’ actor who has lately obtained the co-ownership of ISL-Indian Super League- Mumbai City Fc team, was attending one of the football match, by the time when he got caught smoking by a fan.

You may also like: Ranbir Kapoor and Katrina Casting Around for A Lover’s Lane

"The actor had gone to attend one of his Football match, where he was snapped smoking by a fan in a smoking zone, as he didn't want to smoke in public"

"Ranbir was very tensed about the final result of the match. Hence he needed a break and he went to a VIP area to have a smoke, where one his fan clicked his picture", Said a sources. 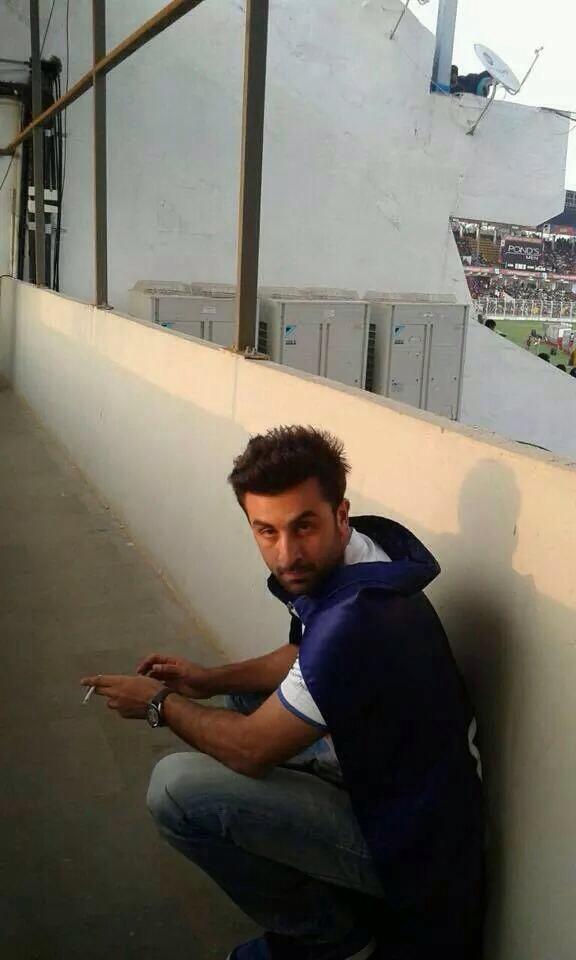 The Kapoor scion is addicted to smoking and has formerly fined for his act! Even during ‘Ye Jawani Hai Dewani’ he was caught violating Rajasthan Prevention of Smoking Act.

Well Ranbir your fans would just like to tell you, that it’s time quit the injurious habit.

Meri Aashiqui Tum Se Hi: Ranveer And Ishani To Have A New Look