After a string of Pakistani celebs, it seems we would soon get to witness a new face from Pakistani Television in Bollywood. Well, this is all about a Ranbir Kapoor Kiss story! So let us commence, from the start itself.

A Pakistani TV actress named Mawra Hocane is a huge fan of Bollywood Heartthrob Ranbir Kapoor and has confessed her love for the ‘Barfi’ actor via social networking site. Nothing, new many have done this right? No, she is the one lucky girl who got an out of the blue reply from the 32 year old. 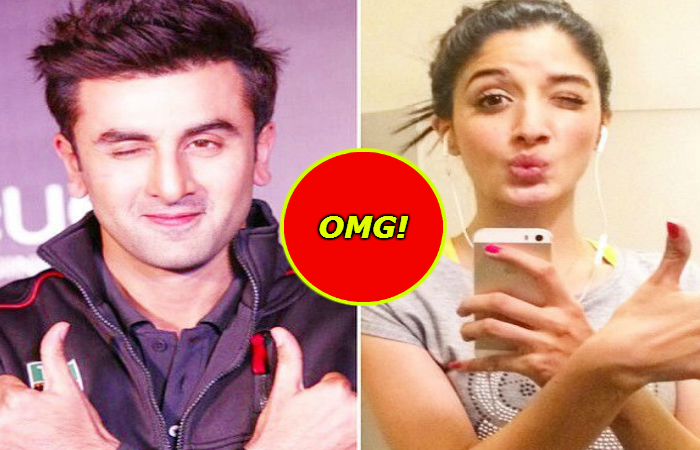 Ranbir sent a video message for the Pakistani beauty, praising her beauty as well as her talent. Ranbir further hoped to meet her soon. The video was sent by Ranbir from the sets of her upcoming movie Tamasha, all the way from Shilma and got shared by the actress on her Instagram account.

"Hi Mawra, this is Ranbir here. You are extremely beautiful, extremely talented. I hope to see you sometime soon"

Right from Shimla. I hope to see you soon as well! ;)

Ranbir Kapoor topped his message with a flying KISS! Oh! That might have bowled over many girls out there!

Well this isn’t all, Mawra Hocane is in Mumbai these days and it was even been reported in a Pakistani daily, that she might sign a Bollywood film. So, is there any indication of some upcoming venture?

Get more updates about Ranbir Kapoor from Bollywood News.

ABCD 2 Trailer to Get Unveiled on 24th April; Remo D’Souza!