The upcoming directorial venture of Anurag Kashyap, ‘Bombay Velvet’ is going to be a romantic thriller starring Ranbir Kapoor and Anushka Sharma.

Read What Anurag Kashyap Says a Propose his ‘Bombay Velvet’

"We are all gearing up for the release of Bombay Velvet May 15 next year. The film needed time to complete given the work that was pending and now we have locked a release date. An exciting marketing plan is being crafted as we speak to promote the movie in a way films have not been presented before,’

The Anurag Kashyap, film is presented by Fox Star Studios and is produced by Phantom Films, Vijay Singh, the CEO of Fox Star Studios says, “Bombay Velvet is a very special film, a beautiful love story set against the rise of Bombay. It's authentic, good cinema with amazing performances by Ranbir, Anushka and Karan”

You may also like: Ranbir Kapoor’s Hideaway Smoking Pictures Revealed 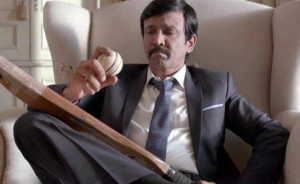 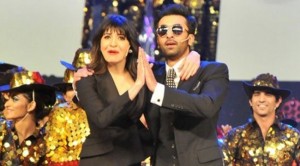 Bombay Velvet, to Get Attached With Aamir’s ‘PK’

Prior supposed to clash with ‘PK’, ‘Bombay Velvet’ now is rescheduled to get release on May 15, 2015. Another interesting report which is coming midst the release of ‘Bombay Velvet’ is that the trailer of the film would be attached with Aamir Khan’s ‘PK’…

Exclusive: Salman Khan Close upon Getting Married on November 18