Bollywood’s hot couple Ranbir and Katrina, who are dating with each other since long, recently celebrated their new year together in London with their families.

‘30th December 2014’ the Day of Ranbir and Katrina’s Engagement

There are lots of rumors about live-in relationship of the couple, but now the latest buzzes suggests that Ranbir and Katrina Kaif have exchanged their ring in London, taking their relationship a step ahead on December 30. Yes, a source much close to both of them confirmed the news of Ranbir and Katrina’s engagement. 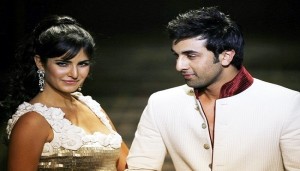 You may also like: Parents Deadline Ranbir and Katrina Kaif Marriage by 2016

Only Close Relatives were Present at the Engagement Ceremony

Source closer to the lovebirds stated, “The engagement was planned by Katrina’s family members, who stay in London. It was a very low key affair, with only close relatives present at the do,”

Just after that, Neetu and Rishi Kapoor flew to London to see Ranbir and Katrina Engagement.

Recently the hot couple was seen throwing a party for the success of 'PK' at their new love nest, which was attended by their close friends from the industry.

Now with this joyful news of their engagement, the fans are eagerly waiting to hear their marriage’s news soon.

Get more about Katrina Kaif and Ranbir Kapoor marriage from Bollywood news.