Bollywood gorgeous actress Radika Apte who makes all her fans to go wow will be seen in superstar Rajinikanth’s upcoming Tamil movie. How lucky Radhika Apte is that she gets the opportunity to share the screen space with the famous personality Rajinikanth just after appearing in two to three films in B-wood.

The film is to be directed by Pa Ranjith and Kalaipuli S Dhanu will produce the film. As per to the news- the name of the movie is not yet finalized but yes it is sure that the shooting for the same will begin in August in Malaysia, once finishing the shoot in Malaysia, Thailand is the second marked location to proceed for the shoot.

There are many films of Radhika which has continuously marked as super hit on the box-office; Radhika Apte was seen in an Indian action thriller drama film ‘Badlapur’ along with Varun Dhawan, later on in ‘Hunterrr’ along with Gulshan Devaiah. She also shared the screen space with Nawazuddin in Ketan Mehta’s “Manjhi: The Mountain Man “. Radhika Apte’s ‘Ahalya’ a short duration film has also earned a remarkable response from the audience.

Radhika Apte Will Romance with Rajinikanth in Next Film….? 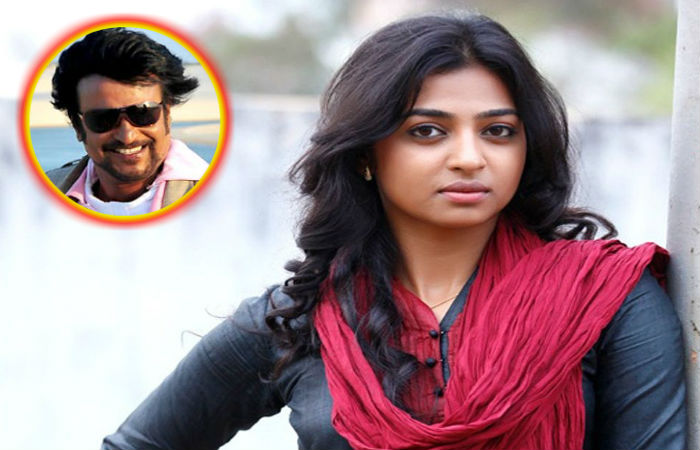 Radhika has been approached to play the leading lady opposite superstar Rajinikanth, but nothing has been finalized yet. After starring opposite Bengali legend Soumitra Chatterjee in a cut-short film ‘Ahalya.  After Deepika Padukone, Aishwarya Rai Bachchan and Sonakshi Sinha, Radhika Apte is the fourth Bollywood actress to star alongside with Tamil superstar Rajinikanth in the film.

Radhika has a powerful role opposite mega-star Rajinikanth. Well, the director has not revealed the character of Radhika Apte in the film; maybe she will be seen romancing with Tamil super hero Rajinikanth. Yeah! It would be the entertaining one to see the relationship between the two. Don’t you guys think the same?

S Sreesanth is all Set to Make Debut with Tamil Movie

Did You Like Rangabati Song from Kaun Kitne Pani Mein?