Parched directed by Leena Yadav adds sexist and the drama queen of B –Town Radhika Apte, Gorgeous Surveen Chawla and Tannishtha Chatterjee in lead roles. The film will release this Friday and the story is all about the women empowerment.

The film is shot in the locations of Rajasthan. Ever since the nude scene of Radhika Apte gone viral on the net the flick has become the topic of the town. 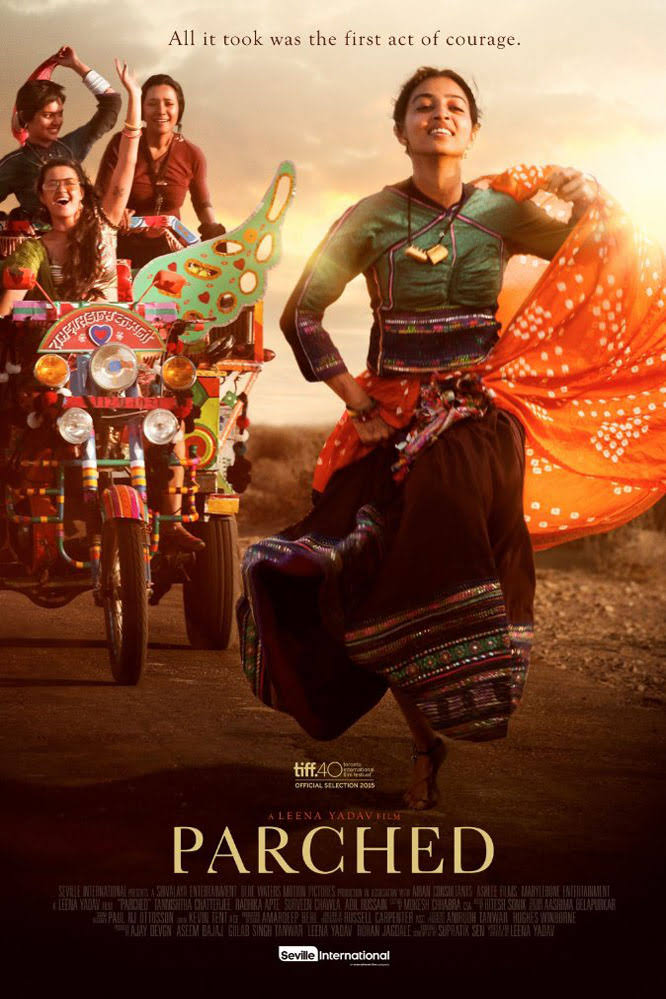 The seductive actress of the town Radhika Apte’s upcoming flick ‘Parched’ has some intimate and adult scenes but the CFBC has make it liberal for the directors and didn’t cut the bold scenes that has left strong meaning. Thus, film gets an A certificate by the board.

The board has passed the film for ‘Adults Only’ with just a few cuts. We are very grateful to CBFC. They’ve shown immense empathy, sensitivity and generosity towards ‘Parched’.”

At the board meet there were two women as the jury, who were in the tears after watching Parched.

He added - “They were reluctant to cut anything except a shot of a bare breast. They said it (a breast) does not jell with the Indian audiences’ sensibility. We were okay with that. They gave us the option of removing or blurring the breast. We chose the latter option.”

CFBC also cut the abusive language used in the film.

“There were scenes showing little boys using abusive language.The board members felt it was not needed. We agreed to remove the abuses and the breast shot as they in no way affected our storytelling. In my experience they are fair and just and doing their jobs to the best of their abilities,”