Sujoy Ghosh is a famous Indian film director who turns lovely and exciting stories to engage attention till the end, much the same he did in his last movie 'Kahaani'.

Now, this time director has taken motivation from one of the best epic ever told, 'Ahalya'. Who is known as the creation of Lord Brahma. It has been said that 'Ahalya' was the most beautiful lady in the whole world. But, she was reviled by her spouse, an old sage called Gautama for betrayal. In this 'Ahalya' short film, the director has done unimaginable modern translation.

The movie star Radhika Apte is playing the role of 'Ahalya', the film was released this week on Youtube. The story begins with a police officer, who knocked the door of 'Ahalya' with the question that he is finding one missing man. Radhika, who is leading in a role of 'Ahalya' is so enticing with her moves that her acting will surely captivate you. 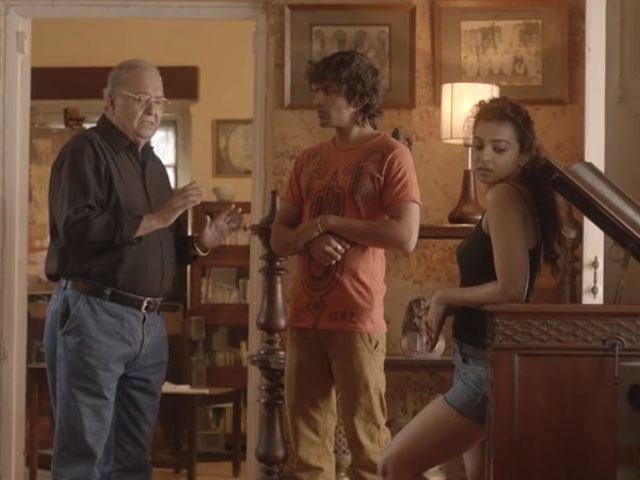 Every character in the film fits perfectly into their roles and gives you thrilling 14 minutes that will let you frizzed. Sujoy Ghosh direction and modern translation on the 'Ahalya' story is truly intriguing and worth the watch.

This video is spread on every social networking site. If you are dying to know the whole story, catch the video yourself.