The controversy queen Radhika Apte is again on the headlines for which the actress is well known for. As per the recent reports, a nude video of the actress has been doing the rounds on the famous messaging app WhatsApp from Sunday. Radhika Apte nude video is a clip from the forthcoming 20 minute short film which is directed by Anurag Kashyap.

The famous filmmaker Anurag Kashyap gets furious at the violation and immediately approached the Mumbai Police to take some action to steal the culprit. Anurag Kashyap asserted while speaking to The Times of India that the nude video is nothing but a part of short movie. The 20 minute short movie has an influential moment of a lady lifting her dress from the front & exposing herself. This Radhika Apte nude clip has a shock value because the actress is seen revealing her private part in front of the camera.

The bold Bollywood actress has been notice in the film industry when she receives a lot of admiration for her terrific performance in the movie like Badlapur and Hunterrr as well. But, at present controversies look like as to chase Radhika Apte. Radhika Apte’s Hunterrr is directed & produced by Harshavardhan Kulkarni and Badlapur is directed By Sriram Raghavan. 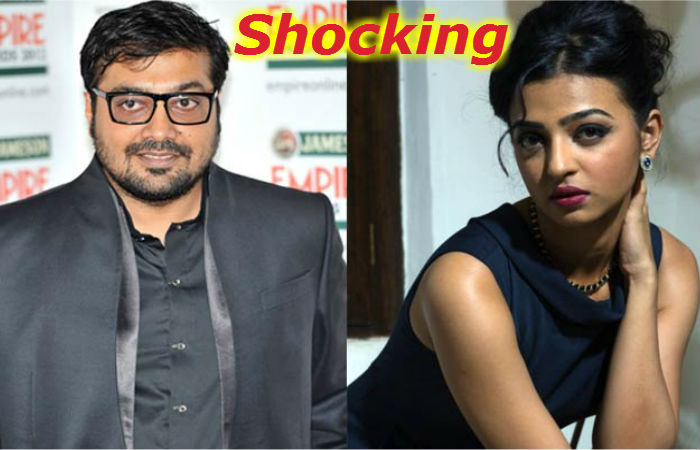 Earlier, some nude pics of the bold actress Radhika Apte go viral on the social media sites. That pics show a girl posing bare & clicking selfies in a bathroom. But later it was proved that the woman posing is just a lookalike & not the actress. And now the Marathi actress is implicated in yet another controversy. Recently, Radhika Apte hot scene video of the actress has gone viral all over the internet.

It has been also assumed that the hot nude video of the bold actress s leaked by one of the crew member of the Anurag Kashyap’s 20 minute short movie. It seems that the person leaked the video to create furore about the movie or to compromise Radhika Apte’s honesty and dedication then it is really heartbreaking. The hot scene in the video is one that has frontal nudity.

Anurag Kashyap’s directional 20 min short venture was especially made for international market & was already released in New York. According to reports, the short movie is the part of a big movie named as Prada.

Despite of Anurag Kashyap there are 5 more filmmakers around the world made alike short movies that were then joint to make a film.

The actress stated about Radhika Apte hot scene that -“Yes. I have no inhibitions. Actually, it’s the media that blows such things out of proportion. I cannot disclose the name of the film but I had no hassles doing those scenes as it was within the context and premise of the script. I think even if this film releases in India, it will release without these nude scenes.”

Radhika also asserts that the movie will not be release in Indian theaters because it will not be approved by the CBFC.

Twitter: Bollywood Join Hands For Victims of Earthquake in Nepal!