The Tanu Weds Manu Jodi Kangna Ranaut and R. Madhavan is all set to yet again share the big screen with Bollywood sequel movie, ‘Tanu Weds Manu 2’. Interestingly this time, Kangna Ranaut, the much talented actress would be seen in a double role in Anand L Rai’s sequel venture.

Have A Look At Madhavan’s Clean Shaved Look!

Madhavan, the male lead of the film has lately shed his long tresses and beard for the film. Madhavan took it to tweeter, and shared his new look, flaunting a clean shaved face with short hairs.

You may also like: Checkout the First Look of Aditya Roy Kapur’s ‘Fitoor’

Directed by Anand L Rai, the sequel, ‘Tanu Weds Manu 2’ is going to be a witty wedding comedy in which the couple would get an opportunity to visit many places.

"The plot is funnier, more twisted, and my cast is having a blast They will journey through Lucknow, Kanpur, Delhi and parts of Haryana and London too."

"What sets these two roles apart is that they are both headstrong characters and that makes this a deliciously complex love triangle. It's a progressive take on modern marriage."

Kangna is playing a double role in the movie. The actress would be going to epict the characters of a desi girl and an athlete in the sequel of Tanu Weds Manu. 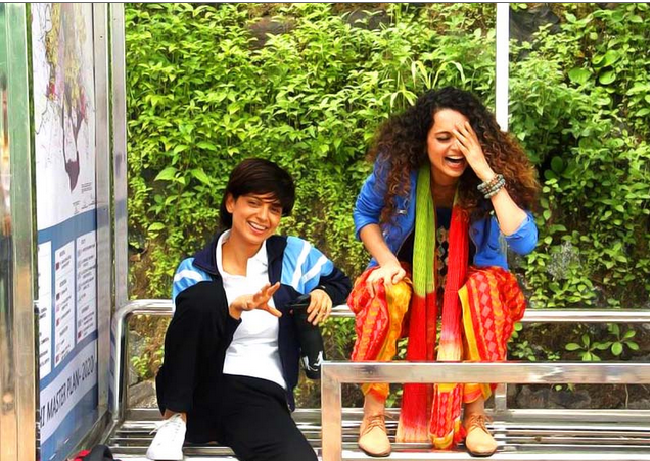 The still of Kangna from ‘Tanu Weds Manu 2’ released by Eros Now, has already gone viral and getting acclamations from her fans as well. Well this shows that her fans are excited to see Kangan as Tanu once again! Meanwhile the actress is busy these days in the shooting for next project ‘Katti Batti’ with Imran Khan.
Prev article

SRK and Kajol to Celebrate DDLJ’s Grand Success With Kapil

Exclusive: Salman Khan Close upon Getting Married on November 18