‘Teri Meri Kahaani’ stars Shahid Kapoor and Priyanka Chopra might have ended their relationship earlier. But during an award function the actors were spotted talking and exchanging kisses.

According to a report, Haider’s fame ‘Shahid Kapoor’ was having a laugh with Bollywood’s young actor ‘Varun Dhawan’ on the Red Carpet, when ex miss world Priyanka Chopra walked to them.

Read On: Does the Ex-Lovers Really Join the Broken Strings?

Throughout the evening at Star Guild awards, instead of avoiding each other the actors bonded well and sat pretty close to each other. 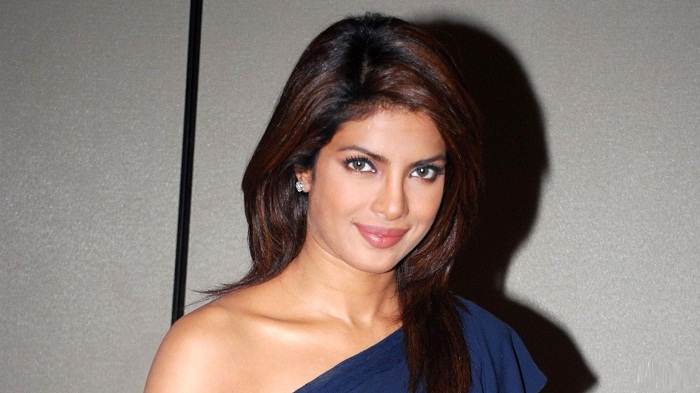 You may also like: Priyanka Chopra Gets Invited to Maldives for a Music Fest

Even when 'Shahid Kapoor won the award for ‘The Best Actor in leading role’ for his film ‘Haider’, Priyanka Chopra couldn’t hide her joy and kissed him on his cheek.

Afterward the actor was called on stage to present the award, there he teased the famous comedian ‘Kapil Sharma’, saying,

"I was sitting between 'hot' Tabu and Shraddha Kapoor and now I am here."

Is Something Brewing Between Shahid and Priyanka Chopra Yet?

Whereas the evergreen actress Tabu was busy on a phone call and missed the joke. Surprisingly the actress Priyanka Chopra was also busy on a call on the same time, sitting on the same row posed for the camera.

The comedian anchor Kapil Sharma didn’t spare this exciting moment and taunt Shahid Kapoor, saying "Aapki waali ne bhi phone utha liya hai."Many rumors are spreading that there is something brewing between both the Bollywood actors Shahid and Priyanka.

Get more updates about Priyanka Chopra and Shahid Kapoor's movies from Bollywood News.

Wow: Abhishek Bachchan to Do a Guest Appearance in ‘Shamitabh’