The caption on the front cover says “Reinvent Like Priyanka Chopra” which perfectly fits on the actress, as she is now not only a typical Bollywood girl she is also entertaining Hollywood industry with her sensation. 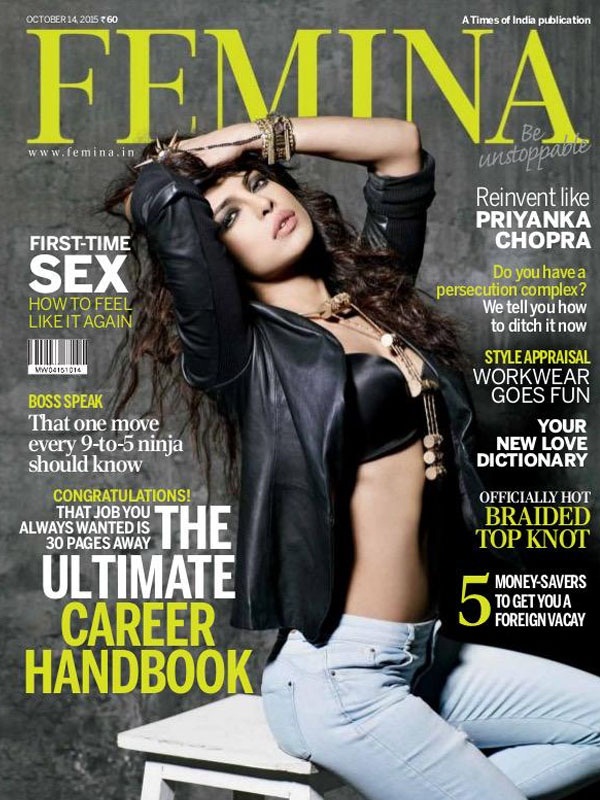 Last, Priyanka Chopra was seen in movie ‘Dil Dhadkne Do’ with Ranveer Singh, Farhan Akhtar and other stars and the movie earned a very good response from the audience. Next she will be seen in Bajirao Mastani with Deepika Padukone. Now a day’s PC is quite busy in shooting of her TV series Quantico.

Priyanka Chopra is looking quite confident and upbeat on the cover page of Femina Magazine October 2015 issue. All the sayings Priyanka has achieved a lot more of her dream and trying to explore more of it. We too are waiting to see her new avatar in Bajirao Mastani, just for now, we wish her a best luck for her upcoming projects.