Quantico babe Priyanka Chopra is leading at the top of the boards not only in Bollywood but she has reached to the new heights in Hollywood also.  A 34 old year actress has now become the highest paid actress of the tinsel town. Recently, she was spotted as the cover girl of Femina India magazine 2016 issue and no wonders; again the actress has left a mark with her appearance on the cover page.

The title which has been captioned as “India’s Most Powerful Women 2016” is fitting apt for this Bollywood babe. Currently, PeeCee is busy with the shooting of Quantico’s second season. At 34, she has achieved beyond the limits and we are too proud of this Bollywood diva. 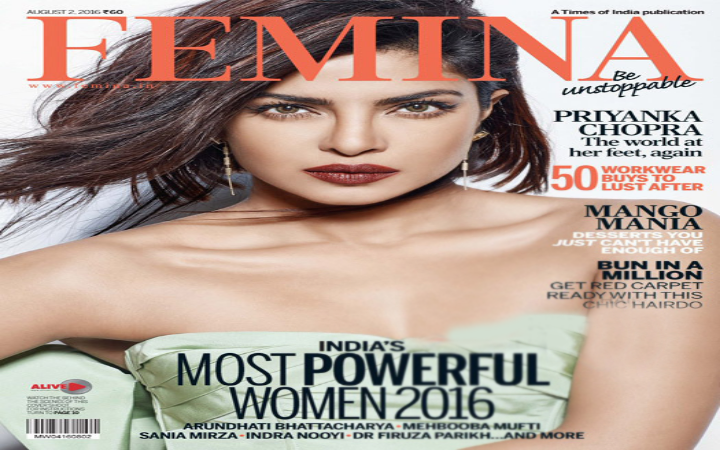 Bollywood divas are trying their luck in Hollywood; Priyanka Chopra  has already signed her first Hollywood flick opposite popular actor Zac Effron and Dwayne Johnson. The movie is all set to release next year in May (2017).

Priyanka Chopra is indeed looking damn hot on the cover page of Femina India Magazine. It seems that girl is quite busy in finishing up her Hollywood projects and her next Bollywood films are still in the queue.

It is hard to manage both professional and personal life simultaneously, but Priyanka Chopra is a perfect epitome who manages both unconditionally.