Look your Desi Girl! In so hot and stunning look. Priyanka Chopra. The girl is in high demand. Yes! Guys the hot talented actress knocked Hollywood. The success knocking her door from both the sides, Bollywood and Hollywood alike.

Look the actress in Baywatch she spent 40 days and returning back to India. Baywatch is an upcoming American action comedy film directed by Seth Gordo. See Priyanka chopra performing as Victoria Leeds. Look her new achievement in her kitty. The ‘Quantico’ babe will be featured on 2 famous magazine covers, Emmy and Complex for this month’s issue!

Priyanka Chopra the babe is looking sizzling hot on both the magazine covers and giving competition to Hollywood beauties.

See Priyanka Chopra on the cover of the magazine. What you think? Her Fan Following will increase. 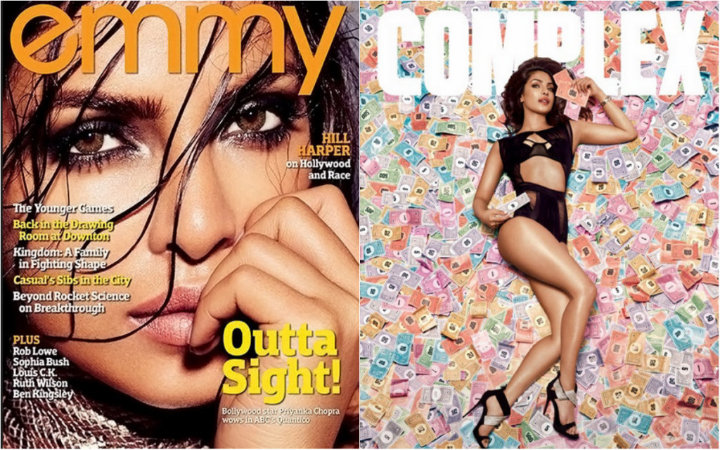