Priyadarshan’s Tamil film ‘Sila Samayangalil’ has got placed in the final round of 74th Annual Golden Globe Awards. The film is one of the ten and only Indian film in the finals.

“From these 10, five will make it to the Golden Globes, and the film has been cleared for its global premiere by Golden Globes. The HFPA (Hollywood Foreign Press Association) screening will take place on October 6 at Beverly Hills at 7 p.m. at the Real D Screening Room” 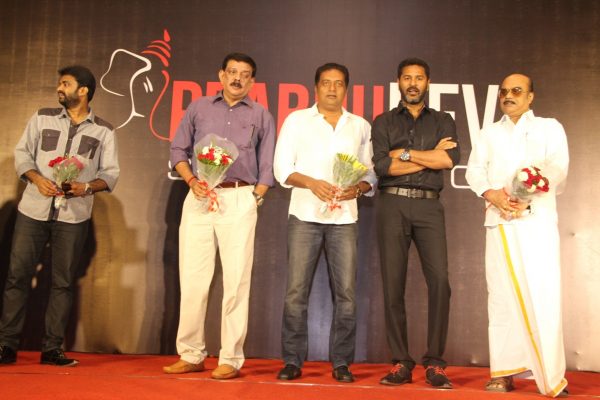 The film is written and directed by Priyadarshan and produced by Prabhu Deva and Amala Paul. It stars Prakash Raj, Sriya Reddy and Ashok Selvan in the lead roles. Priyadarshan wanted to spread awareness for AIDS through his production. But he did not want to create any documentary genre that creates boredom. Thus, he has woven a story around AIDS.

“No one will come to watch a documentary on AIDS. But what I have done is that I have woven a story around the central plot that is AIDS. The story of the film starts at 9 am and ends at 5 pm.”

Recommended: Tutak Tutak Tutiya Teaser: Prabhu Deva Is Back With his Movies

The plot consists of eight characters arriving at the pathology lab at nine in the morning for their AIDS test.

“The events between then and till 5 p.m. when they get their result, is the story of the film. Be assured that everyone can have a hearty laugh till almost the end” says Priyadarshan.

Prior to the current title ‘Sila Samayangalil’, the film was titled as ‘Sila Nerangalil’. It was after the completion of shoot that the new title was announced. The film was shot in 20 days with artists recording their voices on location.

Priyadarshan had announced about the idea of the film with Aamir Khan in 2009 itself after ‘De Dana Dhan’ release but with the continuous delay, Aamir dropped the venture.

Well, we wish all the luck for the film to grab the Golden Globe Award.