First ever film in Bollywood with the topic of constipation (LOL) hit the theaters last Friday on May 8. Father daughter duo Amitabh Bachchan and Deepika Padukone created a magic on screen with their quirky chemistry and charm, and as expected the film soared the temperature at Box office gradually, with every day passing.

The film featuring three of the acting maestros of Bollywood, witnessed a steady start on the first day with a collection of 5.32 crore. Piku box office collection on the second day of the release noted a huge growth and soared up to 8.70 crore. Trade analyst, Taran Adarsh took it to tweeter, tweeting and praising the film for massive growth in its collection. 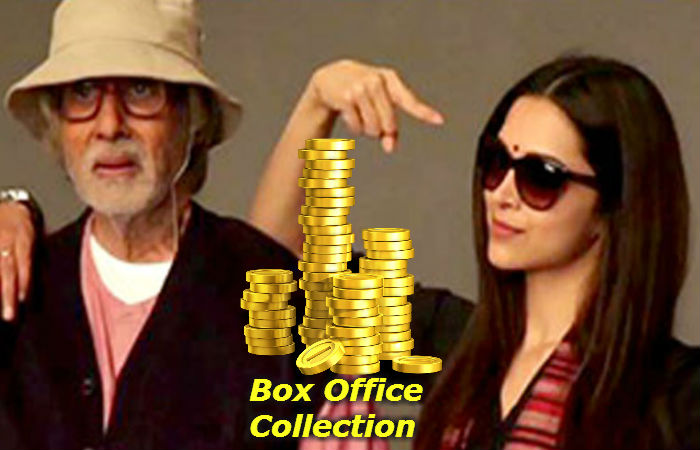 Starring Irrfan, Deepika and Amitabh, the film Piku is gathering huge admirations from everywhere. Concerning the strong word of mouth and boosting acclamations, the film’s collection also climbed, making it a sum of 14.02 cr in two days of its release.

Though the film has a simple story, however it is the best one that has been seen on the screens since a long while to be enjoyed with family. Amitabh Bachchan’s unconventionally constipated and side-splitting humor tickles the funny bone of the audience on the other hand Deepika and Irrfan’s acting is another highlight of the film.

Piku Movie is Nothing But Beautiful Father-Daughter Emotion Amid Motion!

Coveted 70-year-old man, his dominating daughter and the local cab owner managed to impress the audiences. This made the film witness another massive sum of 11.20 cr on its third and last day of its first weekend. In this manner Piku box office collection has eventually managed to earn 25 cr yet. Though, we would say that this isn’t a bad take for a light family drama however the films packed with high octane action sequences as Gabbar seems attracting today’s audiences more than a heart touching drama. Soojit Sircar has touched genera that one has never been touched before, the shit talks and a girl raising her irritating father like a kid, not even touched the audiences however the critics as well.

Well we are certainly hoping that as Piku movie has simply touched our hearts, the same way it must pave its way to the top on box office charts too, as it totally deserves! And if you haven’t seem Piku yet, then don’t wait and try out this simple father-daughter heart touching anecdote now!