According to rumors, earlier Amitabh Bachchan, Rajeev Khandelwal and Vidya Balan were said to play the lead roles. However, after some time rumors became strong that the beautiful South Indian actress ‘Asin’ would replace Vidya Balan in the film.

You may also like: Shocking: Priyanka Chopra Kisses Shahid at Star Guild Awards 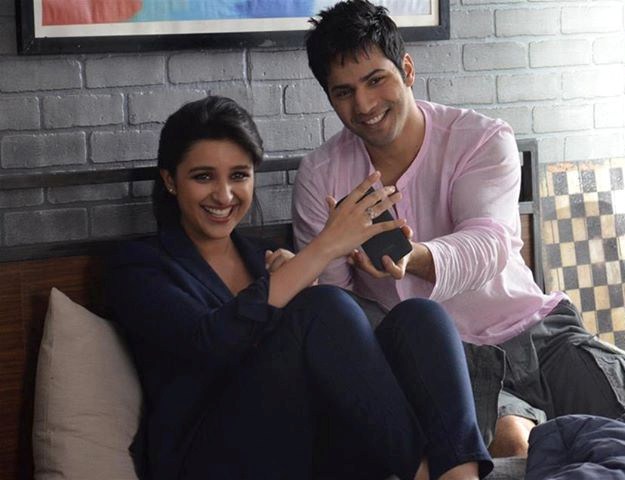 The director ‘Vibhu Puri’ of the movie ‘Chenab Gandhi’ revealed that- ''It's true that Sanjay Leela Bhansali has distanced himself from the film. He will no longer be producing it. But, it doesn't mean that the project is shelved. In fact I'm planning to speak to other producers about this project and hopefully will get a breakthrough soon.''

Parineeti and Varun to Come - Together in ‘Smita Thackeray’s Movie

The producer says, “I plan to produce six to seven films this year, including Chenab Gandhi, under my new banner. Everything should be finalized by January 30.”

She wants Priyanka Chopra’s cousin and Varun Dhawan to play the lead roles in her upcoming movie.

She also added- “Chenab Gandhi is all about acting and from what everybody in the industry says, I think Varun Dhawan and Parineeti Chopra are a perfect fit. I can see only these two in this set-up”.

Diya Aur Baati Hum: Is Sandhya Going to Give The Next Pregnancy News?