It seems like biopic is the new trend in Bollywood. We all know that Biopic of MS Dhoni was a huge success and the upcoming Sanjay Dutt’s biopic ‘Sanju’ is getting so much buzz and attention even before its release. Now, Prime Minister Narendra Modi is all set to hold a position in the list of the biopics.

Yes, you read that right. One of the finest stars of Bollywood Paresh Rawal will be portraying the character of PM Narendra Modi in his upcoming project. He is essaying the role of veteran actor Sunil Dutt in the Sanju. And now there is an update that he will soon be portraying PM Modi in an untitled project.

While nothing has been disclosed yet about this biopic, Rawal did mention that he is very excited about this role and this is going to be one of his most challenging roles till date. 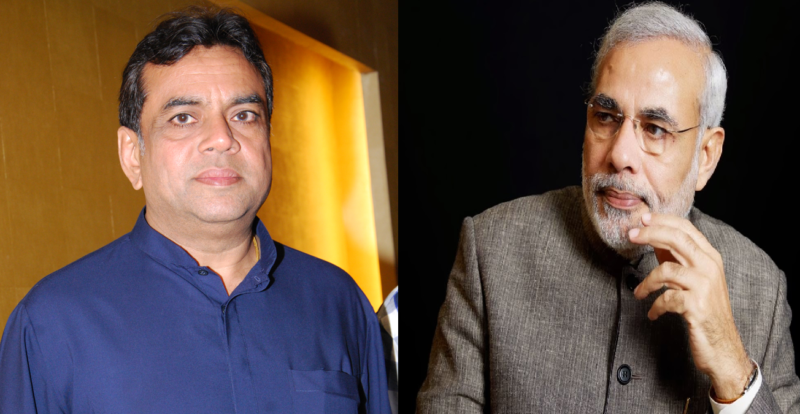 However, the things are now clear as Paresh Rawal himself has recently admitted that the film will soon go on floor, maybe, in just a few months.

Reportedly, he said that they are locking the script for the film and it will finish soon. They will begin the shoot in September or October. The versatile actor Paresh Rawal also said that the role is quite challenging for him. Well, we can understand playing Modi is a big thing.

As per reports, Paresh Rawal, a BJP leader and a member of Parliament, is also producing the biopic of PM Modi. Moreover, biopic is not a new thing to Rawal. Apart from his recent role in Sanjay Dutt’s biopic, he had also essayed the role of Sardar Vallabhbhai Patel in the 1994 production named ‘Sardar’. We hope this biopic turns out to be a huge success for Paresh Rawal and Bollywood!

Bride-To-Be! These Unconventional Bridal Look of Kareena Kapoor Khan From VDW Will Amaze You