Virat Kohli, the Indian Captain has always been in snags owing to his assumed relationship with his girl friend Anushka Sharma. Even formerly, Bollywood hot actress Anushka Sharma was held responsible when alleged boyfriend Virat was noticed week in his performance during the England tour.

Now this time, for a change Virat accredited Anushka’s presence and blew a kiss to her, when he became the player to chase 6000 runs in ODIs.

You may also like: Anushka Sharma and Virat Kohli Plan to Get Married?

On Sunday Anushka Sharma made an appearance at Rajiv Gandhi stadium, for cheering Captain Virat Kohli, who was playing against Sri Lanka. Anushka was cheering Virat, when he completed his half century; on the other hand beau Virat as well responded and acknowledged the lady for her presence. 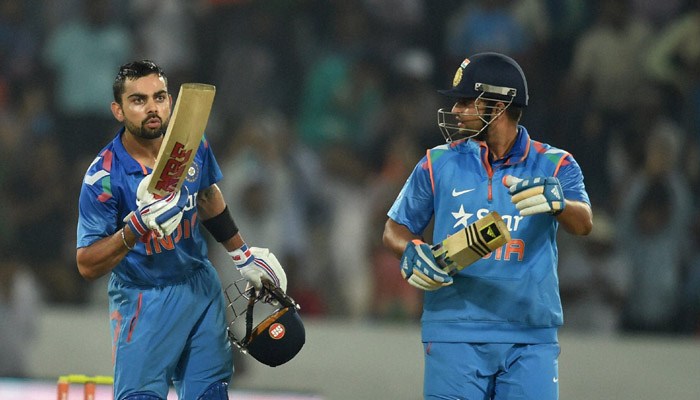 Virat Kohli took his helmed off and kissed the helmet and furthermore Virat blew a kiss to alleged lady love Anushka! In response to which Anushka accepted his gesture with a standing ovation for captain Kohli.