Earlier it was reported that Bollywood Dabangg Khan was issued a death threat from a serious gangster Lawrence Bishnoi. It was his court appearance for the black buck case in Jodhpur last Thursday when gangster threatened him of death. The threat came after a day when Bishnoi was appeared in the same court amidst of heavy security when he openly announced to kill Salman Khan. 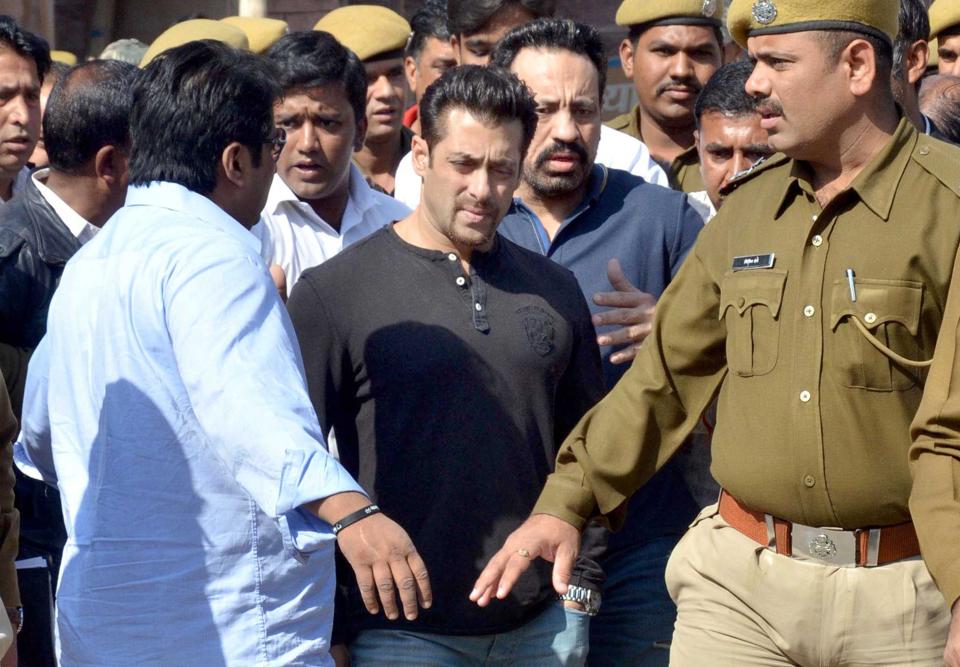 "Salman Khan will be killed in Jodhpur and then he will know who we really are. I can flee from police custody any time.a�?

Salman Khan Is Banned To Share His Location On Social Media

Well, on Wednesday the situation became more intense when few armed men interrupted on the sets of Race 3. Salman Khan was shooting for Race 3 with his co-star Jacqueline Fernandez and other crew members, and suddenly armed men barged on the sets.

Post the police interruption, the actor was escorted safely to his residence. According to the reports, the actor has been told not to share his location on social media for a while. The threat is still there and even he is been banned from coming out and riding the cycle as well.

A Source said a��

a�?The police arrived at the Race 3 set in Film City and told Salman and producer Ramesh Taurani that the shoot had to be stopped immediately as the actor needed to head home as soon as possible. Salman was escorted in another car by six cops, while his own car was driven back to his residence by another group of cops.a�?

It is buzzed that the shooting for the same will be continued after a week. This is not the first time that actor and his family has been threatened by gangsters. Many times Salman has been noticed without his bodyguard Shera and security.

The gangster has been involved in more than 15 cases including, kidnapping and murder.

Race 3 producer Ramesh Taurani has assured that the security will now be more tighten on the sets of a film after the following incident.