New updated show, Comedy Nights Bachao Taaza, is refreshing the mood of their audience by calling Tannishtha Chatterjee the actress as ‘Kali Kalooti’ or asking to eat ‘Kala Jamuns’ (Blackberries) and giving reasons why she is dark –skinned and making funny jokes?

Yes! This exactly happened with Tannishtha Chatterjee, the actress who came to promote her film ‘Parched’. The actress was invited in the show along with talented actress Radhika Apte and the director of the film Leena Yadav. 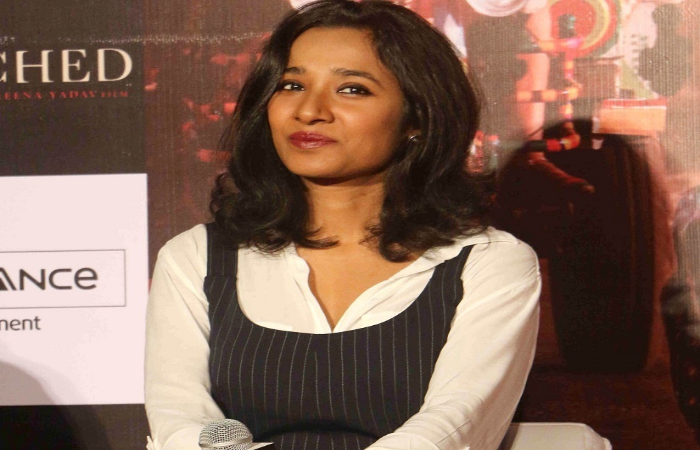 The actress was being made the object of jokes and feels very humiliating.  The National Award Winning Atress sat for the two segments of the show, she stood and walked out when the jokes like ‘kaali kalooti, baingan looti’ didn’t stop! And giving reason why she has Dark Skin?

“…In a country where we still sell Fair and Lovely/Handsome and show adverts where people don’t get jobs because of their complexion, where every matrimonial advert demands a fair bride or groom and the colour bias is so strong, in a society which has a deep-seated problem with dark skin, which also has deep roots in our caste system, in a country where dark skin is marginalised — making fun of it is not a roast. Even considering that dark skin is a joke comes from that very deep prejudice".

Tannishtha Chatterjee also wrote on her Facebook page and claimed:-

“I was told that the flavour of the show is comedy and the purpose is to roast, humour, and offend. My perception of roasts was formed by all the SNLs (Saturday Night Live) I watched over the years, and the commonly held perception that a roast is celebratory humour at someone’s expense. It is a mock counter to a toast.”

India is the countries were the issues with race and colorism is not new. Many girls have faced this Black and White colorism issues, and still the struggle continues. Tannishtha Chaterjee, fell bad about what happens at popular TV show Comedy Nights Bachao Taaza.

Colours TV is expressing apology by sending and apology letter to the actress Captioned:-

It was not for the first time that in Bollywood the colorism issue is highlighted. Remember, film ‘Ajnabee’ where Kareena Kapoor Khan pointed her co-star Bipasha Basu as ‘Kali billi’.

In ‘Fashion’ the lead Meghna (Priyanka Chopra) also fell bad when she over-dunked alcohol-fueled one-night stand with a black man. Recently, many stars and director laugh when Aanand L Rai when he signed on Dhanush opposite Sonam Kapoor in Raanjhanaa.