The official trailer of forthcoming Punjabi movie ‘Qissa: The Tale of a Lonely Ghost’ is out now. The movie features Irrfan Khan in the lead role along with Tisca Chopra, Rasika Dugal, and Tillotama Shome.

The movie has received good responses in the International Film Festivals for the good performances and unique script. The Indian-German drama will be release on 20th February 2015 in India. 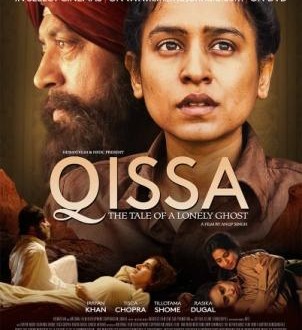 Reportedly, in an interview it was revealed that the film will be release only in Delhi, Chennai, Mumbai, Kolkata, and Chandigarh in some selected theatres. Also FDC's international co-production movie, Qissa trailer will be available on VOD’s website. The movie is produced by Bero Beyer, Johannes Rexin and Thierry Lenouvel.

The Indian-German drama movie was released on 8th September 2013 and in Germany on 10th July 2014. And now the movie is going to be release in Indian theaters on 20th Feb. The well liked movie ‘Qissa: The Tale of a Lonely Ghost’ is directed by Anup Singh.

Qissa: The Tale of a Lonely Ghost Cast and Crew