Anushka Sharma’s much talked about NH10 movie is all set to release this Friday. The movie was recently in headlines down to its delay as per the censor board guidelines.

Well the movie seems special for Anushka not just for the sake of her hard role however as it marks her first production venture as well. 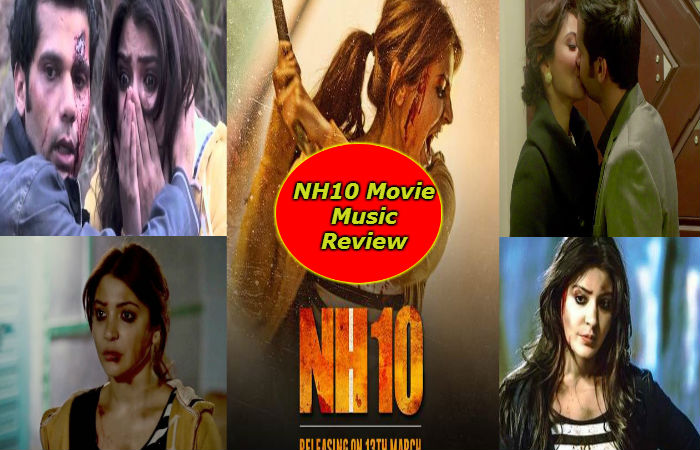 Just before the release of NH10 , we are here with NH10 music review for all the music lovers. Have a look, the songs worth a place in your playlist or not!

Sung by Savera Mehat and Nayantara Bhatkal, the song Main Jo is a romantic melody with fresh tunes to grove. The song is quirky and has a unique essence to it but its isn’t very striking however you may like the song.

You may also like: Most Enticing Anushka Sharma Kissing Scenes in NH10 Movie

Blending a rock feel in desi style, this song is striking and attention grabbing. Maati Ka Palang has been composed and sung in the soulful voice of Samira Kappikar and is a nice melody that you would applaud.

Chhil Gaya Naina by leading singer Kanika Kapoor, has been doing rounds in the hit charts these days. The song is composed by Sanjeev-Darshan. The lyrics and music of the ode is also forceful and impacting. Well we would say this one is amongst the most popular NH10 songs and if you haven’t heard it yet then certainly do it now.

Bollywood number Le Chal Mujhe is sung by Mohit Chauhan and is a rocking ode with band on energy. The voice of the singer, jazzy music and lyrics all makes the song intriguing.

https://www.youtube.com/watch?v=YFPILhcg3fk Khoney De is a song seems similar to Le Chal Mujhe and has been crooned by Neeti Mohan and Mohit Chauhan.

This is another soulful NH10 song, and is sung by Rachel Varghese. The romantic number sums up evocative lyrics with soothing music.

Verdict: NH10 Songs aren’t a great blockbuster music collection however the songs aren’t that much bad or deficit as well.