The dazzling diva of the B-Town industry Sonam Kapoor will be shortly seen in upcoming movie “Neerja”. It is a bona fide life story, and a biographical movie of an Indian girl named ‘Neerja Bhanot’ who got heroism awards from India , U.S and Pakistan for saving the life of 359 passengers travelling in the flight which was hijacked by terrorist in Karachi. The movie will be soon releasing on 19th February 2016.

How Neerja Of Sonam Kapoor Will Be Excited To Watch 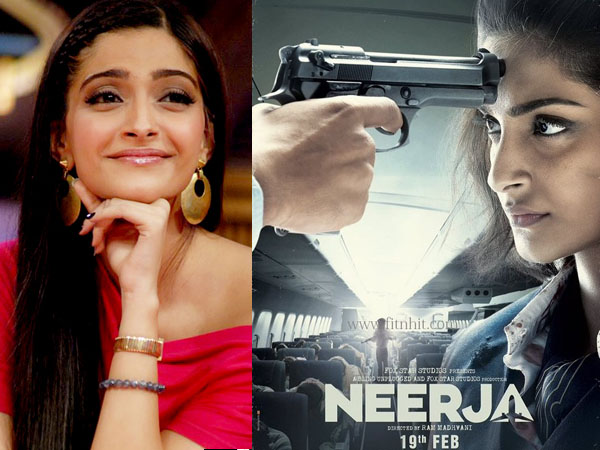 Title of the Movie:

Obviously, the title of the movie. The movie is based on the true story. And the fans are eagerly waiting to know the story of the brave lady Neerja Bhanot  and how she saved the passengers by terrorist attack.

Director of the Movie: Ram Madhvani

Ram Madhvani is an outstanding Indian film director. He has experience of 20 years in the film industry and has gave the most excellent and many blockbuster movies in his career. He won numerous awards for the best director in Indian cinema. Ram Madhvani’s journey from ‘Lets Talk’ to ‘Taare Zameen Par’ has grabbed the emotions and feelings of audience with him.

The first song “Jeete Hain Chal” was released on 26th of January the music of the movie is composed by ‘Vishal Khanna’ and the mesmerizing lyrics are penned by ‘Prasoon Joshi’. We too are willingly waiting for rest of the songs of the movie to get on the floors.

Sonam Kapoor's new strong avatar for the film is making audience more wild. As the actress has not played the serious and patriotic roles for the films before. It would be great to see her as in the role of brave Neerja.

All You need to Know About Jai Ho Actress Daisy Shah