The much-anticipated daily soap of Zee TV, Kumkum Bhagya 26 feburary 2015 episode is running on an action and comic track. Where on the one hand, Abhi (Shabbir Ahluwalia) is trying to save her wife Pragya (Sriti Jha) from the kidnappers, contrarily Pragya is caught by Neel.

Amid all this drama, Abhi could be seen giving viewers some tickle in funny bone by tossing oil on the kidnappers as an answer of their fight challenge.

Pragya in Kumkum Bhagya Gets Manhandled By Neel 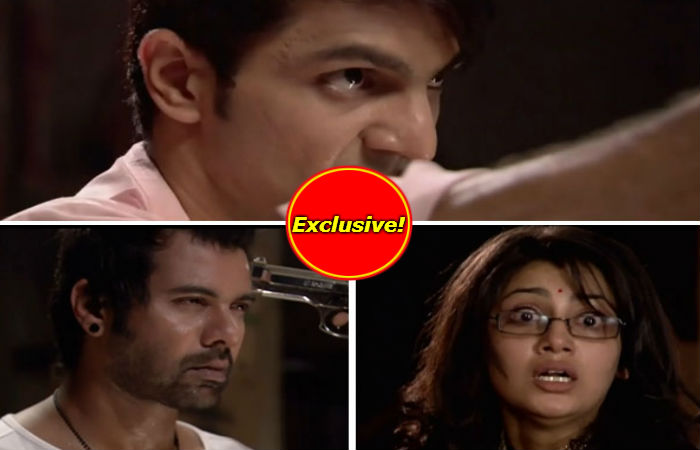 While the two, Pragya and Abhi endeavors to escape from the den, Pragya gets caught by Neel. Neels, who initiates manhandling Pragya, becomes furious witnessing Abhi in front of him. Neel calls his men for help but no one gets nearer.

You may also like: Kumkum Bhagya Spoiler Alert: Abhi gets Shot by a Goon! 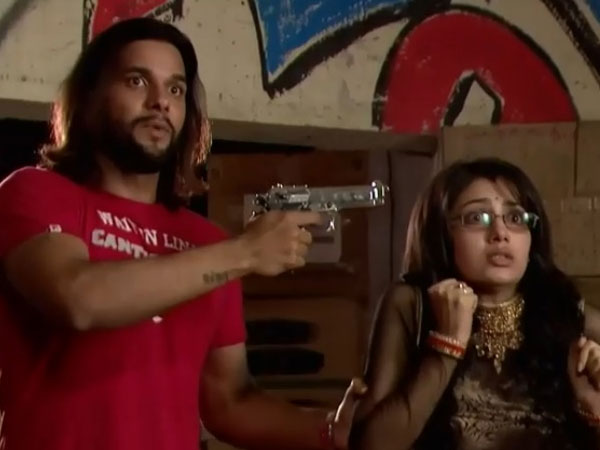 Infuriated Abhi kicks Neel for his deed however, he bags him to have pity. Neel asks Kumkum Bhagya Abhi to take Pragya home and put the whole matter out of his mind. However, Abhi doesn’t pay heel to Neels’s rubbish talks and starts beating him and warn him to leave the city. Neel though denies leaving the place for his love Bulbul, which makes Abhi more furious and consequently he hits Neel more.

Kumkum Bhagya: Would Pragya Manage to Save Abhi?

When the matter started appearing settled, at that time, one of Neel’s man put Pragya in Kumkum Bhagya at gunpoint, which makes Neel to come back in the form. Now Neel starts hitting Abhi, taking his vengeance. Getting hit by Neel, Abhi calls him ‘Namard’ when he asserts of marring Bulbul in front of him. Due to this, Neel points gun on Abhi for shooting him.

Now in the next episode of Kumkum Bhagya we would get to see, would Abhi be shot by Neel, or Pragya would manage to save her love?