Nargis Fakhri, who rose to fame in B-town with Ranbir Kapoor’s Rockstar movie, is geared up to make her Hollywood debut with Spy movie! The hot actress is playing a secret agent in the movie, sharing the screen with Mellissa McCarthy the coveted comedy queen of Hollywood, Rose Byrne, Jason Statham and Jude Law!

Well the wait has finally come to an end and the film is set to hit the theaters, subsequently Nargis and the cast of the comedy drama got down to London. On Wednesday, London’s Leicester Square was seen drizzled with the stars of the movie! Nargis Fakhri was seen all red on the red carpet, flaunting her curves along with cleavage, donning a flowy scarlet red gown.

The 35-year-old actress looked ravishing in red! So, from where does the question of Nargis Fakhri wardrobe malfunction rises? Well the plunging neckline details of the gown, revealed a little more than expected, putting herself in jeopardy. The clung Monisha Jaising dress under the aegis of which she put her curves on display, stole the limelight.

It has been said that the actress has shown the audacity to do all the action sequences in the film without a body double.

Nargis Fakhri’s Spy Movie to Hit the Screens on June 5! 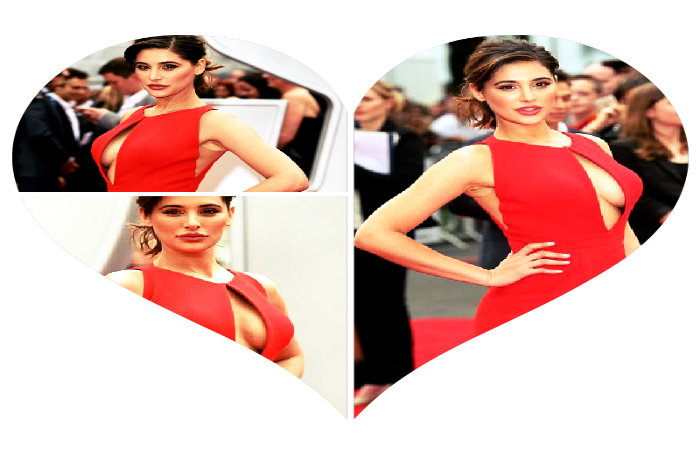 Well though the Madras Café actress has made it to America’s Next Top Model however this is the first time when she has made it to Hollywood, moreover with A-list stars in the comedy drama Spy! This movie is slated to release on June 5, 2015 and we send wishes to Nargis Fakhri for the same1.