Rockstar fame Nargis Fakhri is an actress that hasn’t been much acclimated in Bollywood since the inception of her career, however the tempting figure and body statistics of the actress has made her strike poses for multiple magazine covers. Lately AsiaSpa Magazine featured the actress for its March- April 2015 issue.

On the occasion of its 11th anniversary, Nargis Fakhri graced the AsiaSpa Magazine cover issue.

You may also like: Sunny Leone’s Seductive Look on Woman’s Era Magazine 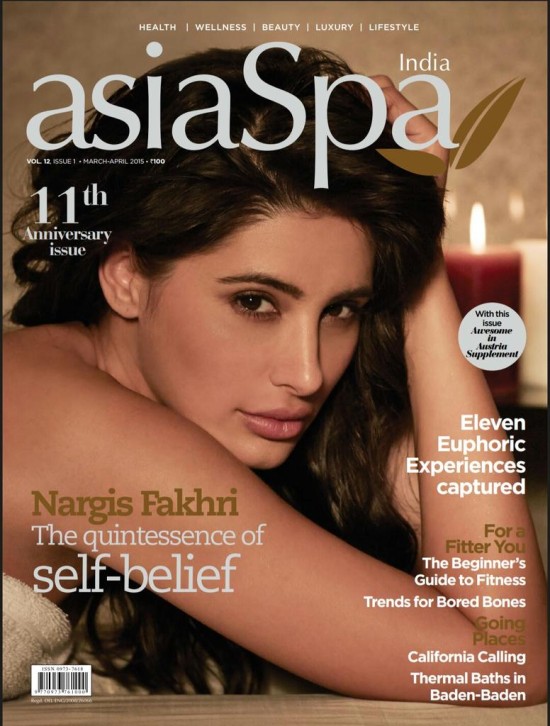 The actress looked tranquil donning a settle makeup amid a tranquilize background with a caption ‘Nargis Fakhri The quintessence of Self-belief.’Checkout Nargis Fakhri pics on the bi-monthly edition of the AsiaSpa Magazine!