Here is Nargis Fakhri, Femina Magazine’s new cover girl increasing the oomph quotient for the edition of April 2015. The ‘Rockstar’ actress who has been much known for her chiseled body, has covered many magazines yet. However, this time Nargis is flaunting her sexy curves on Femina magazine cover.

The caption with Nargis Fakhri bikini snap reads “Sexy, spirited, sassy, Nargis Fakhri on the loose.” Donning a golden two-piece with the hanging white blazer, Nargis looks hot and sizzling on the cover. The diva even shared her exhilaration via her twitter account, tweeting “Holy hell is that me??” 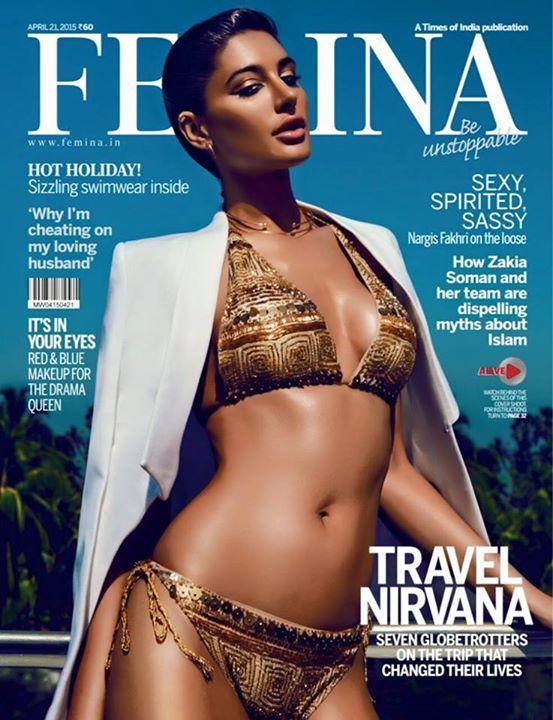 You may also like: Nargis Fakhri on the Famous Juice Magazine April 2015 Edition 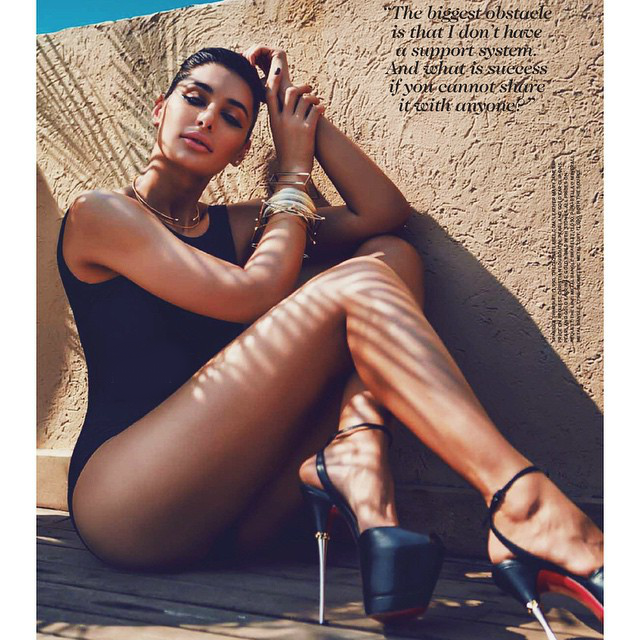 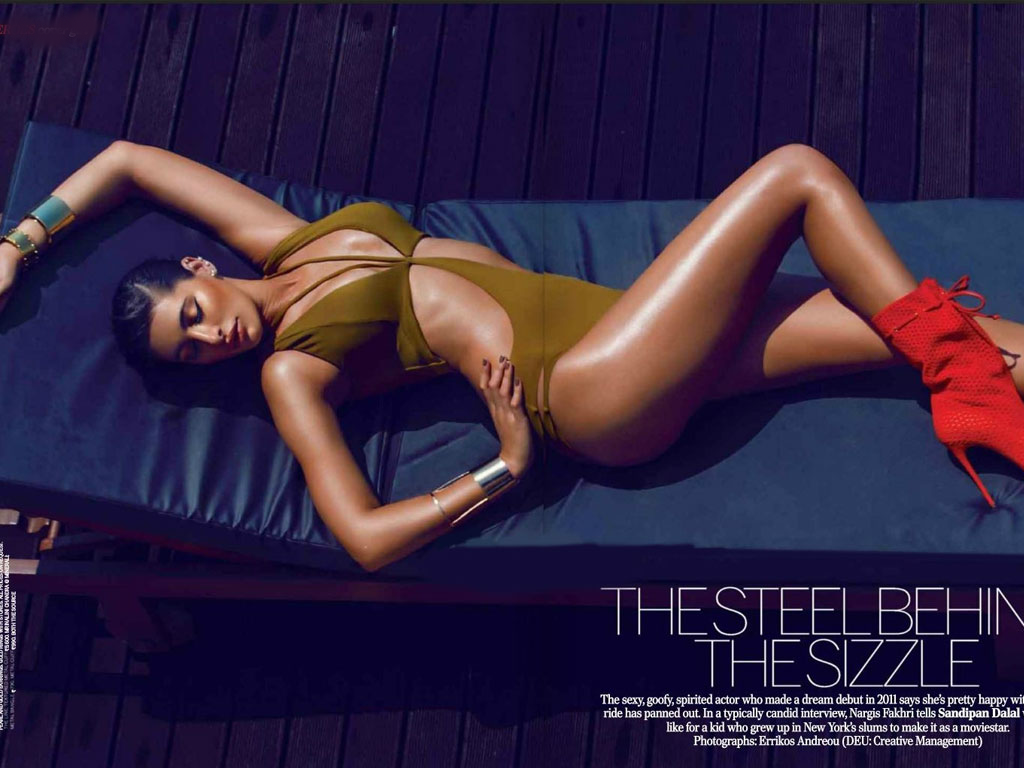