The 31-year-old Hollywood actress Mila Kunis has been learning how to deal with motherhood, along with supporting two new additions, bigger boobs.

The actress is a proud mom of a four month old daughter Wyatt with fiancé Ashton Kutcher last year in the month of October.

You may also like: Danny Boyle’s Biopic is All Set to Hit Theaters on 9th October

Like all the new moms, Mila Kunis grappling with the problem of how her body has changed after giving birth to a baby.

Actress Kunis Observed that Everybody Staring her Chest

On the last night, O'Brien called Channing Matthew Tatum out for looking like that he was continuously staring at Mila Kunis chest on the red carpet of Jupiter Ascending. However the actress laughed it off and assured everybody that Channing Tatum was being a perfect guy.

The actress Mila Kunis said that-

"Boy, do these things grow. I don't know how to deal with them because I've never had them."

"I've always dressed for a flat-chested girl and all of a sudden, I'm busty!" 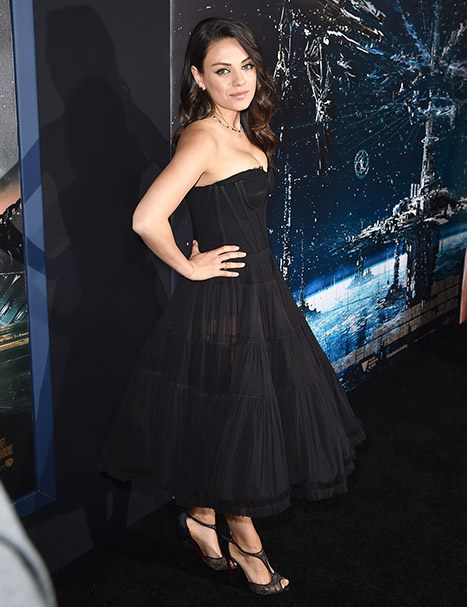 "First of all: I needed to start wearing bras. That was a whole new experience for me." Kunis also observed that these days’ men have been more staring at her chest. "I've never had that happen before, but they're just there."

"I love the fact that the first three months she and I were up every night. I figured her out and she figured me out and she now sleeps in her own crib in her own room and I will never have that time again. So for me it was a really nice three months."

Salman, Kareena and Katrina Kaif in ‘Most Admired Personality’ list