The most awaited film of the month Meri Payaari Bindu starring Ayushmann Khurrana and Parineeti Chopra is released today. And as per expectations, the film has won the hearts of their fans today. This is a romantic comedy film which has already impressed us with its songs and trailer in 5 short stories. 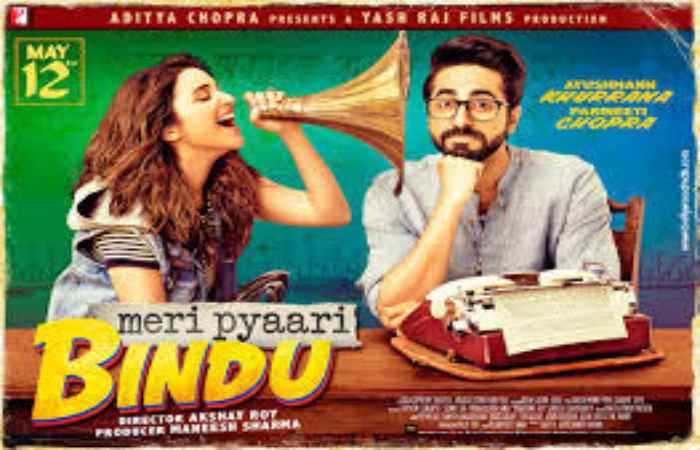 Parineeti And Ayushmann Look Cute Together!

The film revolves around the story of a writer Abhimanyu Roy who falls in love with an aspiring singer (Bindu). Considering Parineeti’s song debut, the song weaved their chemistry with their mutual friendship and that makes it a must-to-watch movie.

Individually, both of them will be loved by their fans and even it would be interesting to watch them together on big screen.

This new Bollywood pair can also appear in upcoming projects. The film is so far from Ayushmann’s perspective but the makers of the film have also maintained the mystery around Parineeti’s character.

The highlight of the film’s first half is Ayushmann character and the retro tracks. Overall, the movie has been an easy watch, but not too bad either.

Go and check out the movie, if it fulfilled your expectations? Drop your comments below and let us know did you like the film or not? tay tuned with Nyoozflix for more Bollywood updates and stories.

Deepika Padukone On Stardust Cover Looks Flawless as Ever – May Edition