The upcoming season of cooking reality show MasterChef India season 4 will start very soon on Indian TV channel Star Plus at 10:30 PM. In previous season, we saw Chef Vikas Khanna, Sanjeev Kapoor and Kunal Kapur judging the 12 final contestants of the show amid whom Ripudaman Handa turned out to be the MasterChef India season 3 winner.

First Time MasterChef India 4 to be a Pure Vegetarian Season

You may also like: Will Action King Akshay Kumar Judge Master Chef India 4? 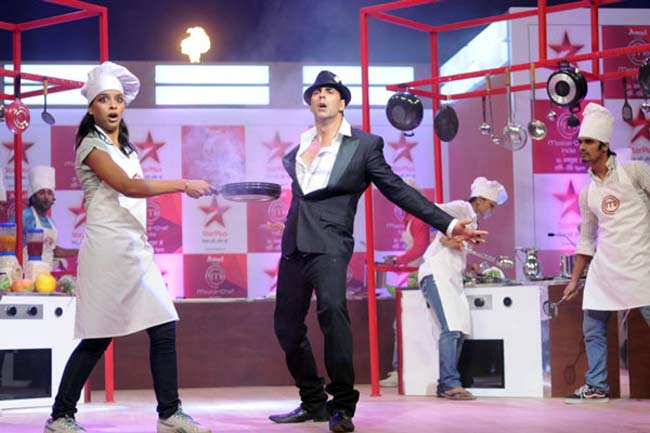 In this season, Chef Sanjeev Kapoor and Vikas Khanna would afresh be the judges of the show however Chef Kunal Kapur would be replaced by Chef Ranveer Brar.

The MasterChef India season 4, would be telecasted at the time slot of 10:30 PM on Star Plus. According to Chef Sanjeev Kapoor, this time slot has been chosen for the show as at this time people are often done with their dinners and settle down watching TV shows. In other countries, many cooking shows are generally telecasted before lunch and dinnertime.

"Masterchef India is not just a cooking show. It is also a competitive reality show where participants are contesting with each other and people get involved in the way people fight it out with making the best dishes on the show. So I think it is entertaining for viewers too" added chef Sanjeev Kapoor.