‘Gangs of Wasseypur’ fame and two times National Award-winning Bollywood actor Manoj Bajpayee is all set to get intimate with a man in his next upcoming movie ‘Aligarh’, directed by Hansal Mehta. It is expected that the movie ‘Aligarh’ would be the first Hindi film with full of homosexual lovemaking scenes.

Manoj Bajpayee conforms this news "Yes, the character is that of a 60-year-old professor who is gay. We are going to start the shooting in January and the preparations have already started,"

‘Aligarh’ film is based on a true story, which took place in ‘Aligarh’ university in which a 60-year-old professor was caught having Sex with rickshaw-puller just few days prior his retirement. 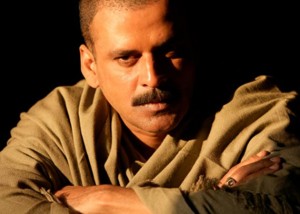 You may also like: Manoj Bajpayee Approached For Aishwarya Rai’s Comeback ‘Jazbaa’

A source close to the project said, "This scene would be filmed and not simply suggested on screen. Manoj, who plays Prof. Srinivas, is a brave and fearless actor. He had no qualms about doing the scene."

The director Hansal says, "Manoj will go by the requirement of the script. But the conviction to do what has to be done must come from within. When I was shooting for Shahid, it was Rajkummar Rao who suggested that he strip down to his bones for an interrogation scene."

Manoj Bajpayee, for the First Time Goes Homosexual on Screen

The director feels that Aligarh is his toughest film to date. "We have Article 377 and that means every act of homosexual love-making is criminal. To make a film about an academic who was gay is not an easy task. You've to constantly remind audiences that though teachers are supposed to set an example, they are, at the end of the day, only human."