‘1942: A Love Story’ actress Manisha Koirala, who was suffering from heavy health issues, has successfully fought cancer. Well the actress is now geared up to make a comeback in Bollywood industry. According to sources, Manisha is going to work with Rajkumar Santoshi in his next project.

Manisha Koirala, has already worked with director Rajkumar Santoshi in her movie ‘Lajja’, the film was based on the plight of women in India. It is also noted that Manisha and Santoshi already had meetings for Asghar Wajahat's play, ‘Jis Lahore Nahin Dekhya Woh Jamiya Hi Nahin’.

You may also like: B-Town Actress Smoking in Real Life 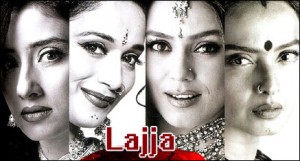 The shooting is scheduled to start at the end of March. Manisha Koirala said,

"Rajji and I have had a few meetings. However, I do not wish to comment on anything more."

Get more updates about Manisha Koirala from Bollywood News.