As we all know B-Town celebs rarely attends the speeches of politicians. But this the Bollywood actress Mallika Sherawat shocked lots of tweeples, when she eventually posted on his tweeter that she was invited to attend PM Narendra Modi’s speech at UNESCO.

According to reports, Mallika will be the only Bollywood celebrity who will be invited at UNESCO on 10th April 2015.

She posted on her twitter that - "Feel honored to be invited, looking forward to hearing our Prime Minister Shri Narendra Modi s speech." 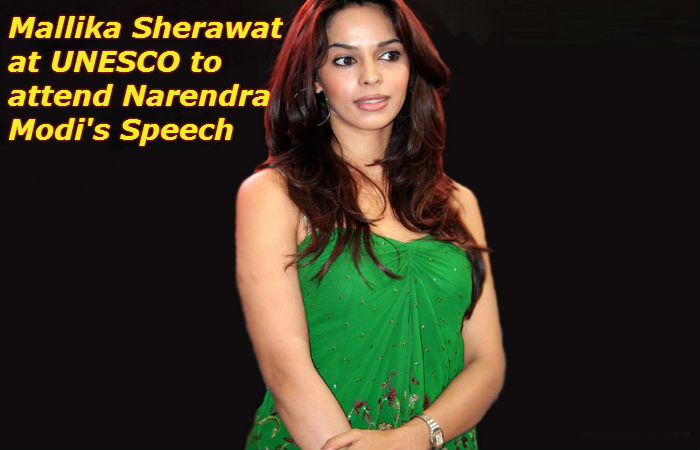 The last release Dirty Politics movie of the actress fails to entertain audience and also do average business at the Indian box office. But seemingly the political thriller movie has surely left a good impression PM Narendra Modi. However, it is very surprising that no one else from the industry has been invited for PM’s speech.

A closed source to the actress Mallika Sherawat unveiled that - "Mallika thinks highly of Narendra Modi. She is excited that she was invited and is waiting to hear his speech".

Know from Where Sushant Singh Rajput has Replaced Ranbir Kapoor

Akshay Kumar and Katrina Kaif Paired Up for Namastey London 2