Aamir Khan’s Dangal movie is making headlines since the announcement of its making. The film that is based on the wrestler Mahavir Phogat, would turn Aamir a wrestler and a father of four daughters. The film first hit the headlines owing ‘PK’ star’s new looks and another interesting news that came out amid the film was the auditions of his on-screen daughters. However, now almost everything is sorted, the to be daughters have been selected and the mystery behind the look of the star is almost solved, but the name of the actress to play Aamir’s wife is yet to be revealed.

If the latest reports about the Nitesh Tiwari directorial are to be believed then the ‘Dirty Politics’ actress Mallika Sherawat has auditioned for the role. Well that’s a piece of interesting info! This means that Mallika who has a big backlash with her recent release is now opting to become Aamir’s wife and the mother of four in Dangal!

Mallika Sherawat Covers All the Bases for the Audition of Dangal!

Sources suggest that the girl has managed to impress all, as she came all-prepared for the role. Apparently, Mallika came for the audition donning a simple Salwar-Kamiz with no makeup, and her in-born Haryanvi accent fall in her favor, and now the ball is in the court of the makers. The results would come out soon for Mallika, which would let us know that, would Mallika Sherawat be the part of Aamir Khan’s upcoming movie Dangal as his wife. 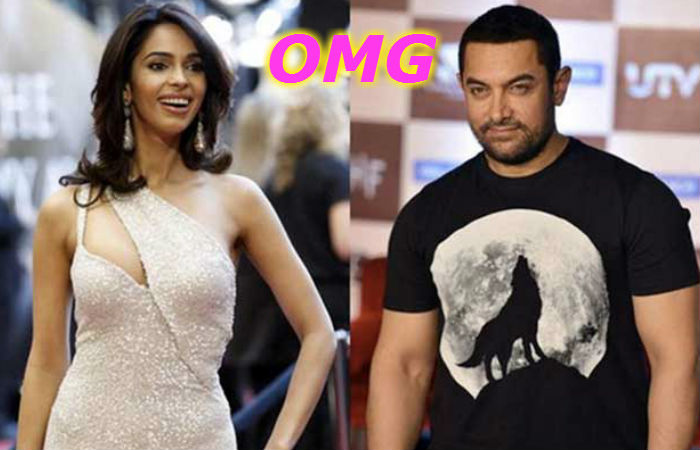 After her auditions, Mallika has even shared her wish to work with Aamir in Dangal via her tweeter handle. Well by seeing her efforts and rattled off script we could also deem that she is keen to grab the role!

Meanwhile, the film is the story of a wrestler father who turned his home into an Akhara making his daughters enter the field, which was then a man prevailing world. The daughters who have some historic wins on their names, would be played by Fatima and Sanya. Recently, Aamir went through an audition of almost 21000 girls to select the two for the role of his daughters. Where Fatima Shaikh is a Mumbai-based actor who has been a part of few films and serials, conversely Sanya Malhotra is trained ballet dancer from Delhi. The two young girls have been finalized for the roles and would depict Geeta and Babita Phogat in the film.

Aamir Khan Gains a Mammoth Weight of 20 Kgs for Dangal!

Aamir Khan the Mr. Perfectionist is perfectioning his role as of a wrestler these days, for which he has even gained 20 kgs of weight. The actor is going though strenuous training and workout sessions to accurately don the character of the wrestler.

Well there isn’t a doubt that Aamir Khan’s upcoming movie has amassed a lot of interesting facets all together and is the most awaited movie to hit the theaters. The film supposedly has to go on floor this September, let’s wait and watch to see, would keen Mallika become Aamir’s wife in Dangal, and if not then who is the lucky one to be a part of Aamir Khan’s movie?