Madhuri Dixit is the most fascinating actress that entered the Bollywood industry in 1984.  This super gorgeous actress of the tinsel town mesmerizes everyone with her amazing smile and nevertheless her all powerful dance moves and peppy dance steps makes everyone fall for her. Undoubtedly she was the super star of late 80’s and early 90’s, although Madhuri Dixit now not spotted as the leading actress in the movies but still she is ranked at the top and has left many of the new actresses in the wake.

Many a times we have spotted Madhuri Dixit in Saree in number of award functions and bashes and there’s no deny that the actress looks so glamorous and beautiful in every outfit as she looked before.

She is the Most Beautiful Bollywood Actress that has heart with millions of smile and popularly labelled as “DhakDhak” girl of Bollywood.

Dixit started her carrier with her debut movie Abodh in 1984 but unfortunately the   movie didn’t grabbed the heart of audience. While, this failure does not affected the courage of this actress and she came back with the biggest blockbuster ‘Tezaab’ in 1988 with all-time young actor Anil Kapoor. This movie opened the way of stardom for her and her journey continued with super hit films.

She is the only actress who has highest best actress nominations. Her Styling strength is “Indianness”. Saree being a favorite outfit of Madhuri, strictly showed her style statement in different TV shows. No doubt Madhuri Dixit in Saree looks fab as ever, her impeccable style of dressing makes her most desirable actress of B – Town. 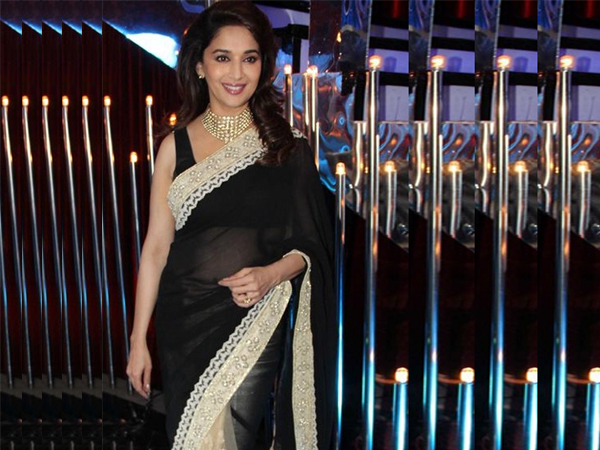 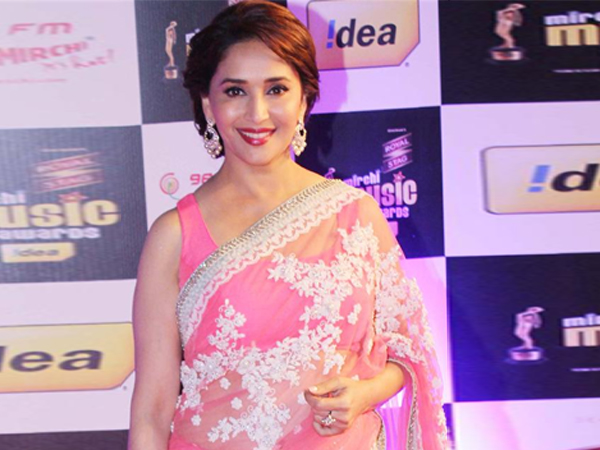 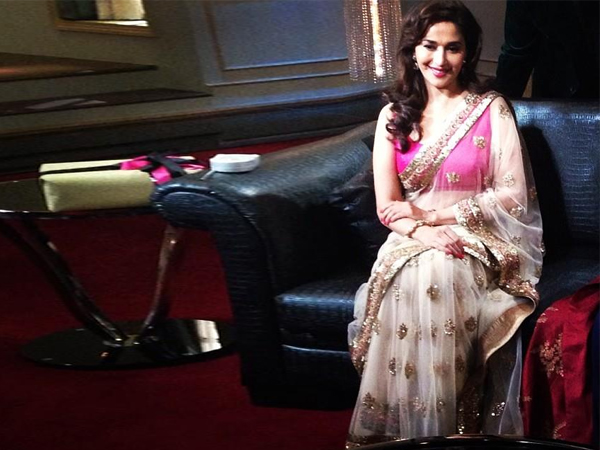 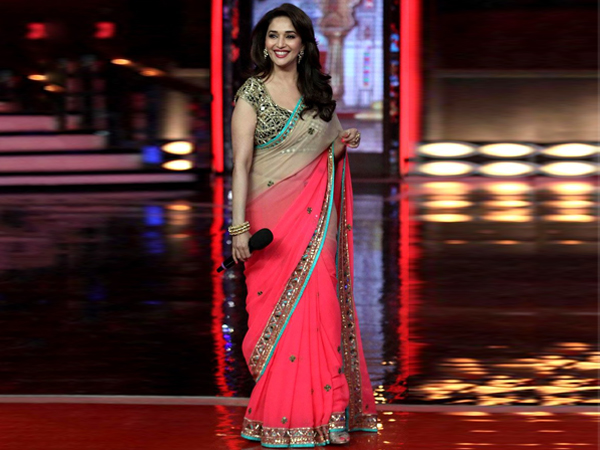 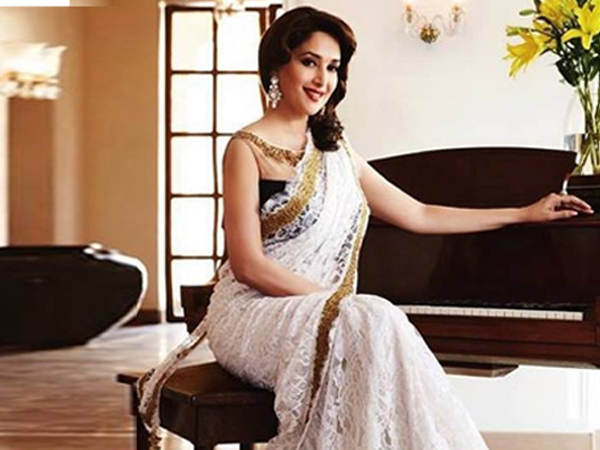